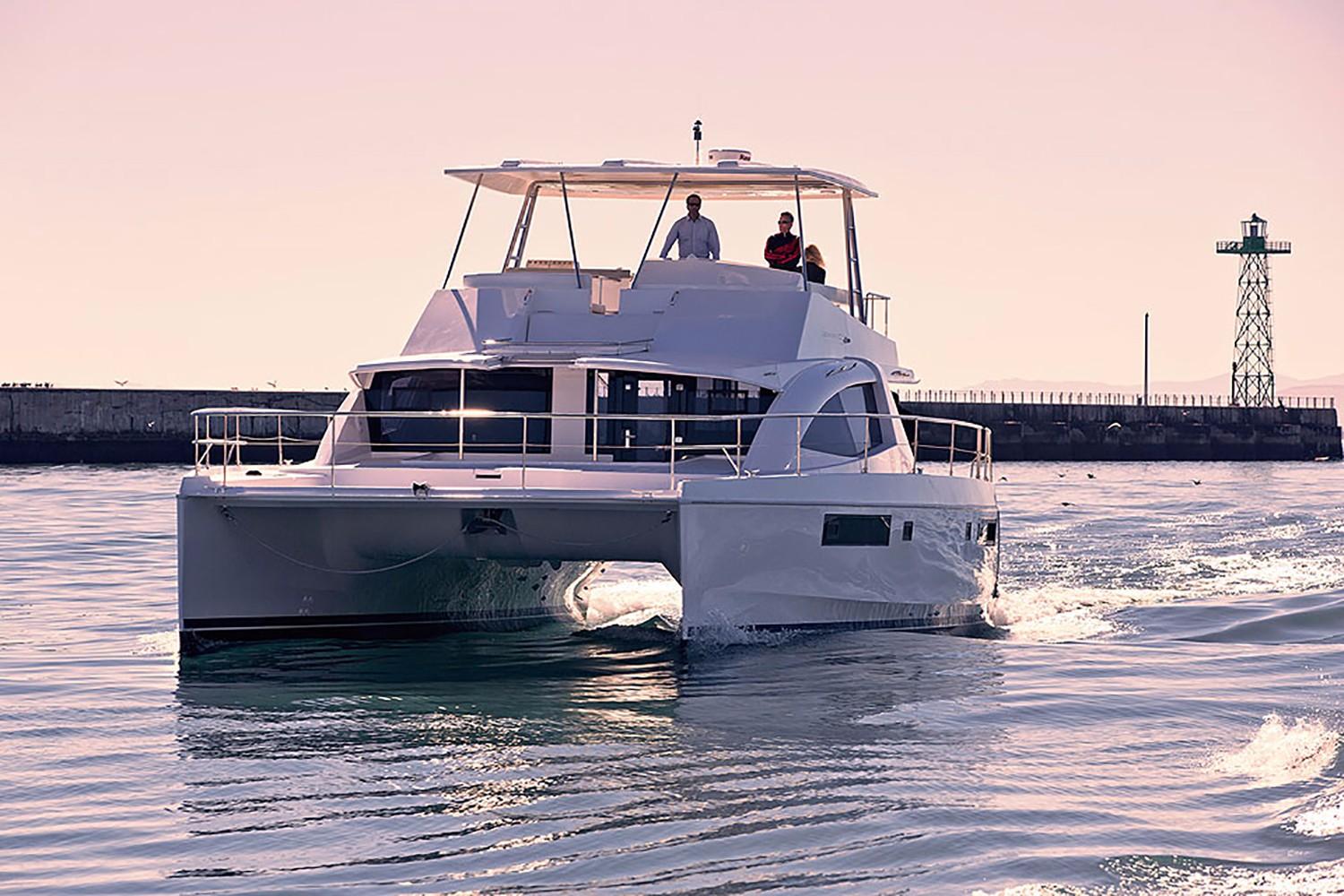 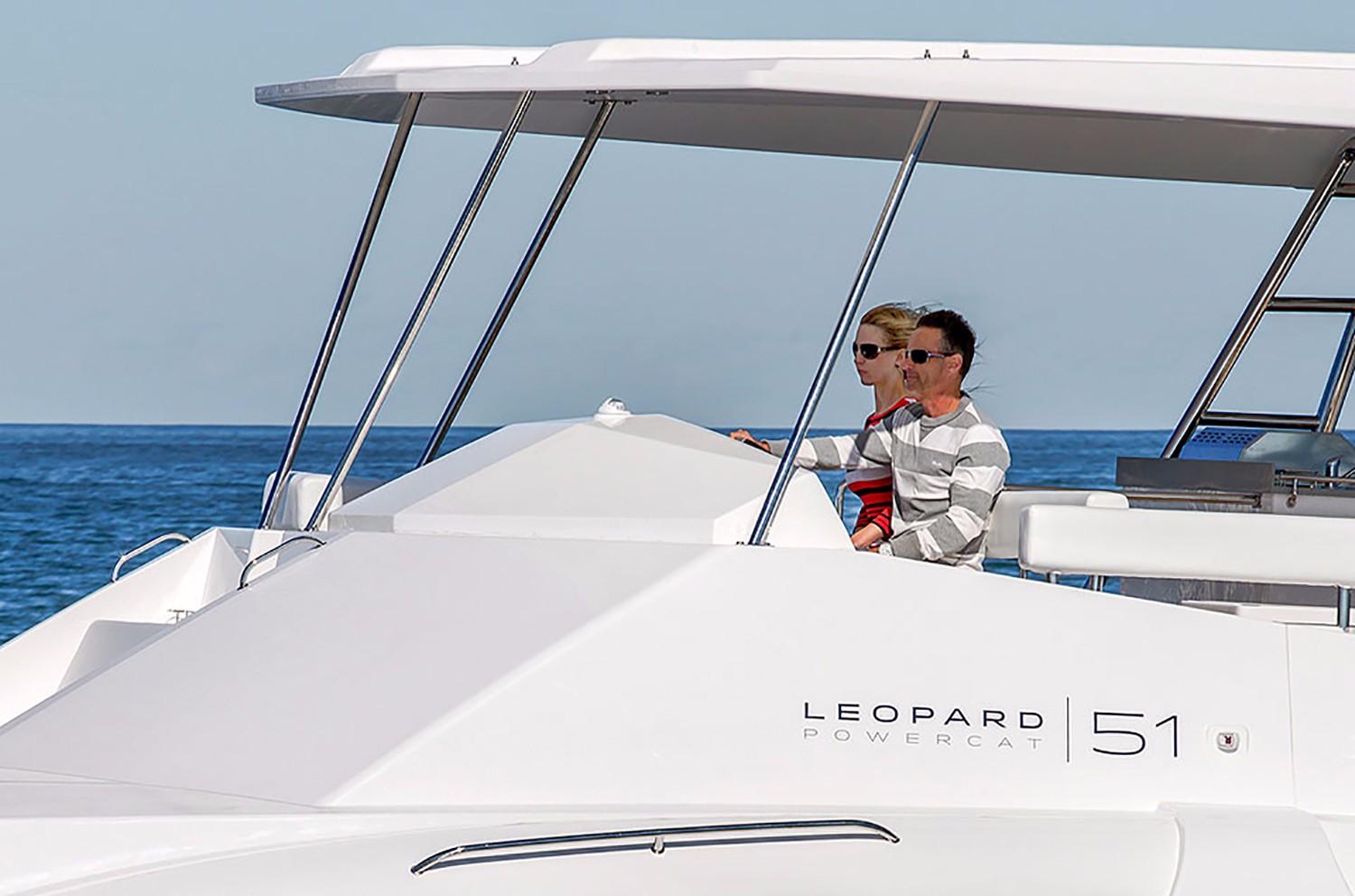 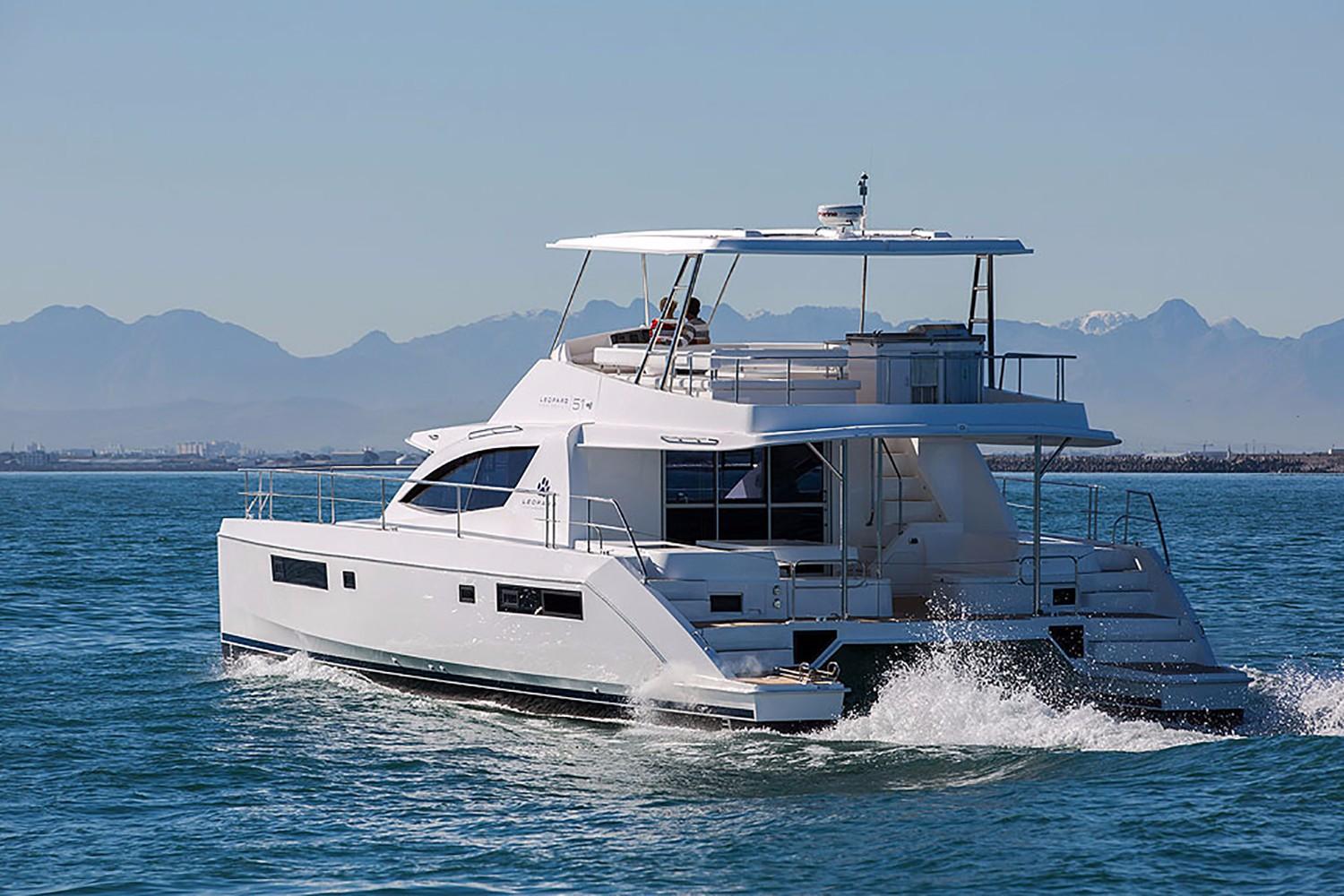 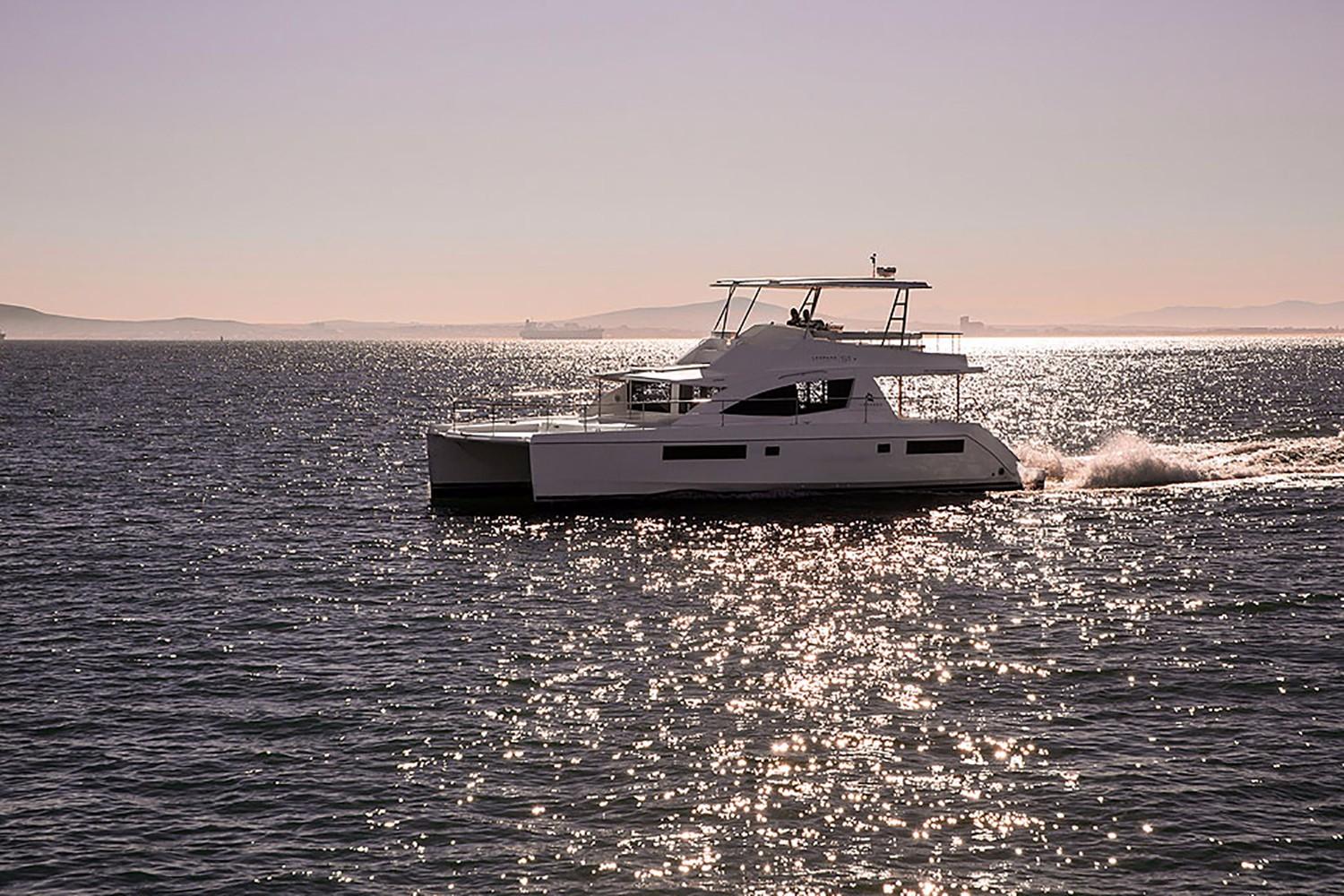 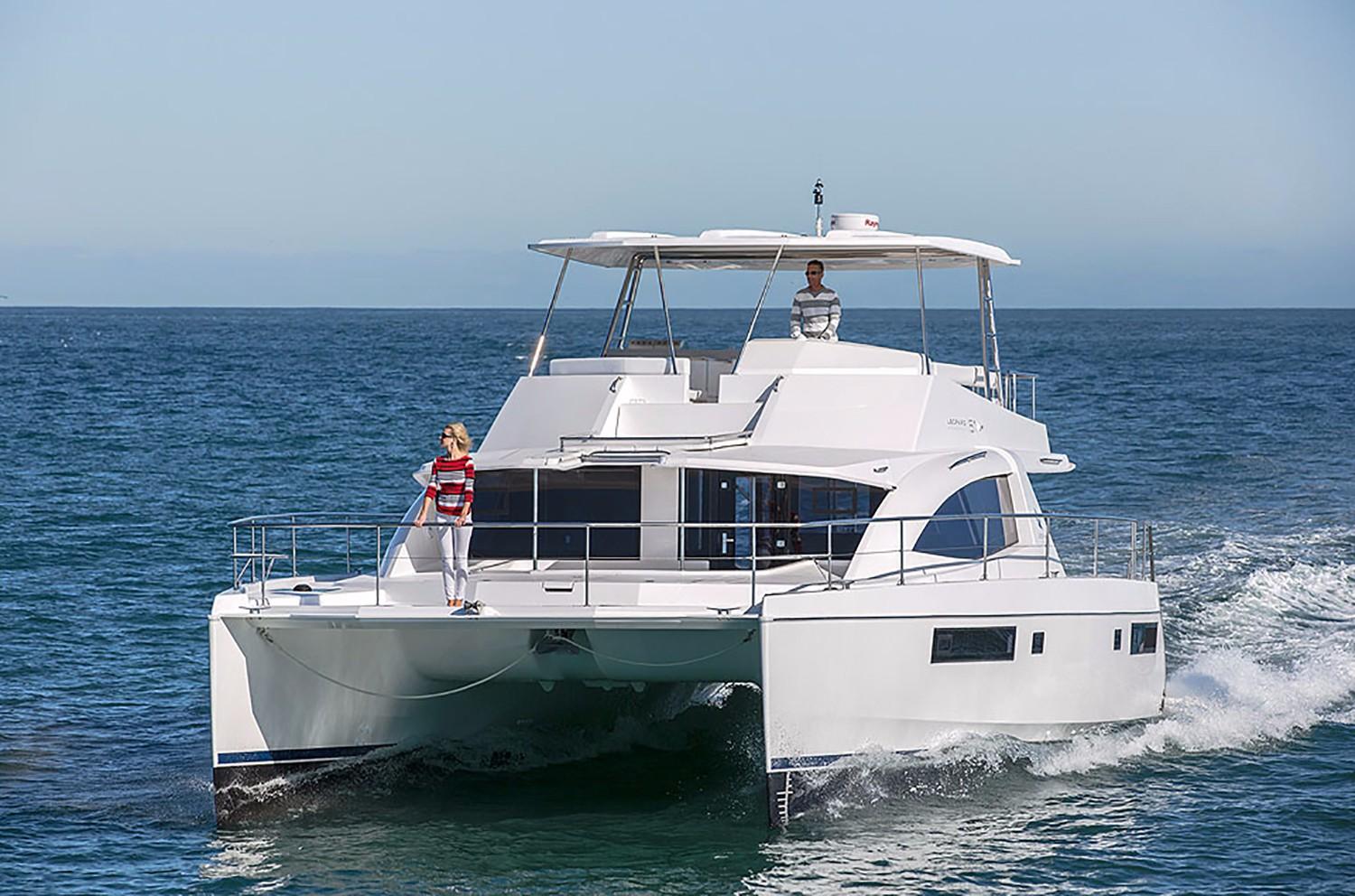 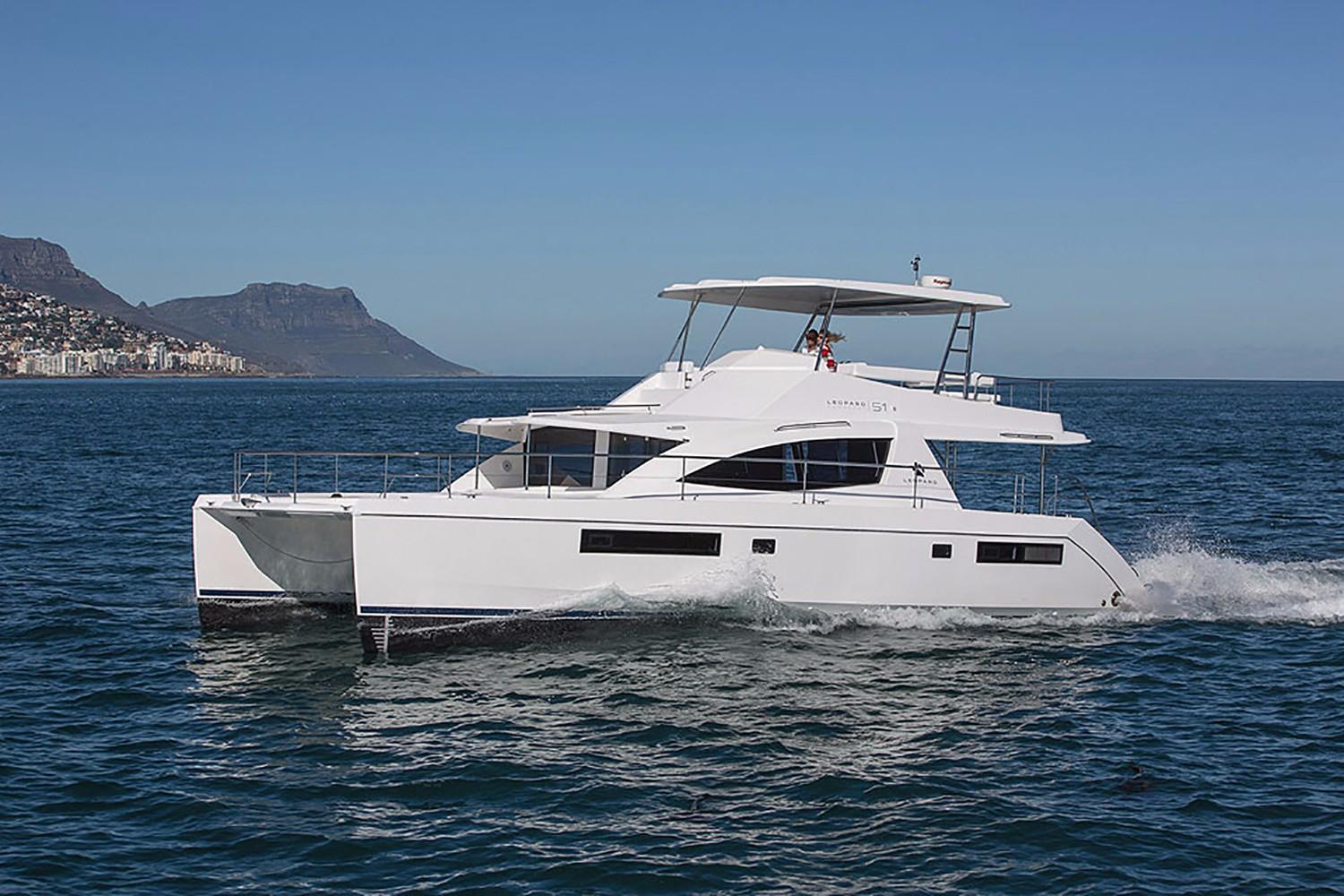 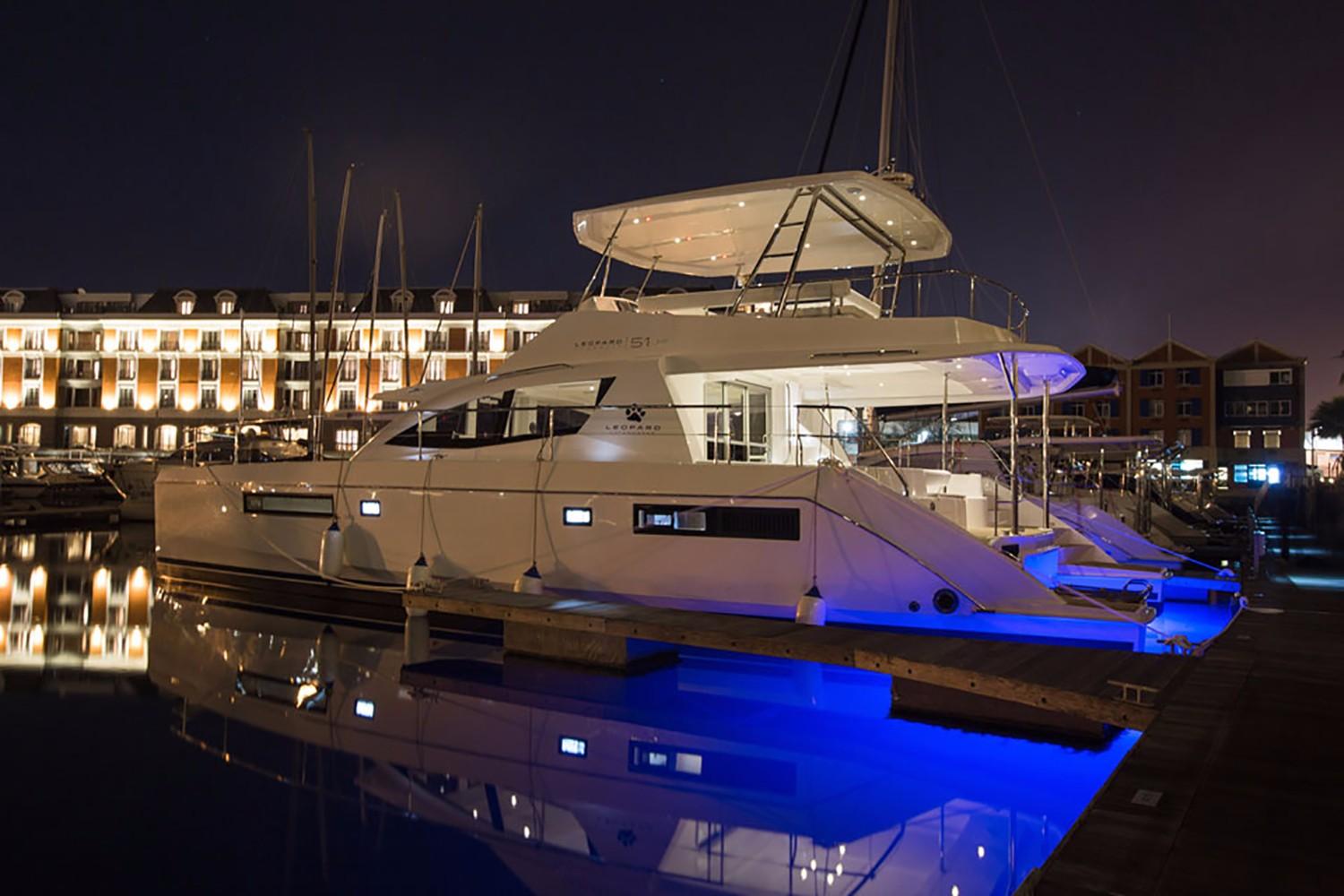 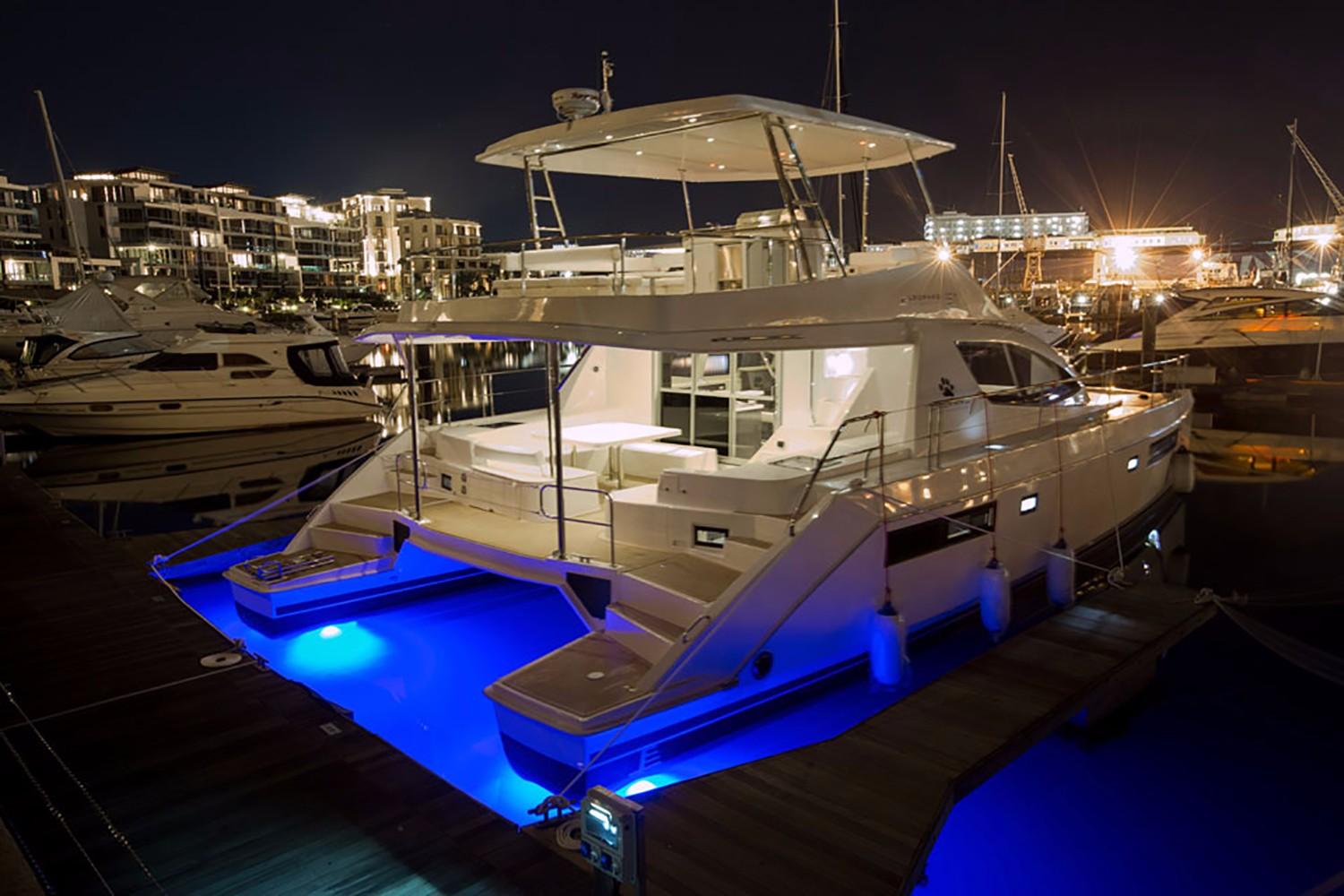 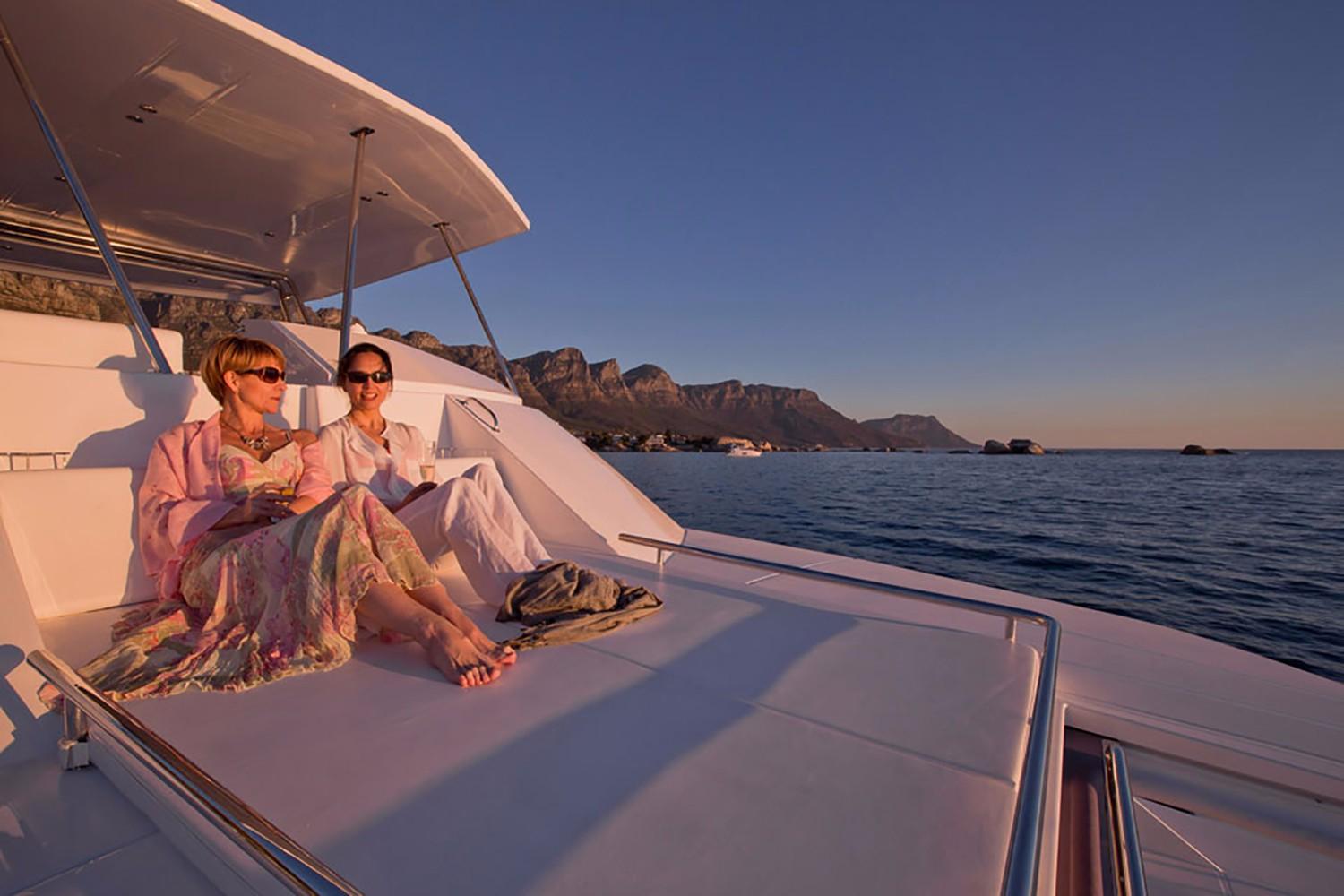 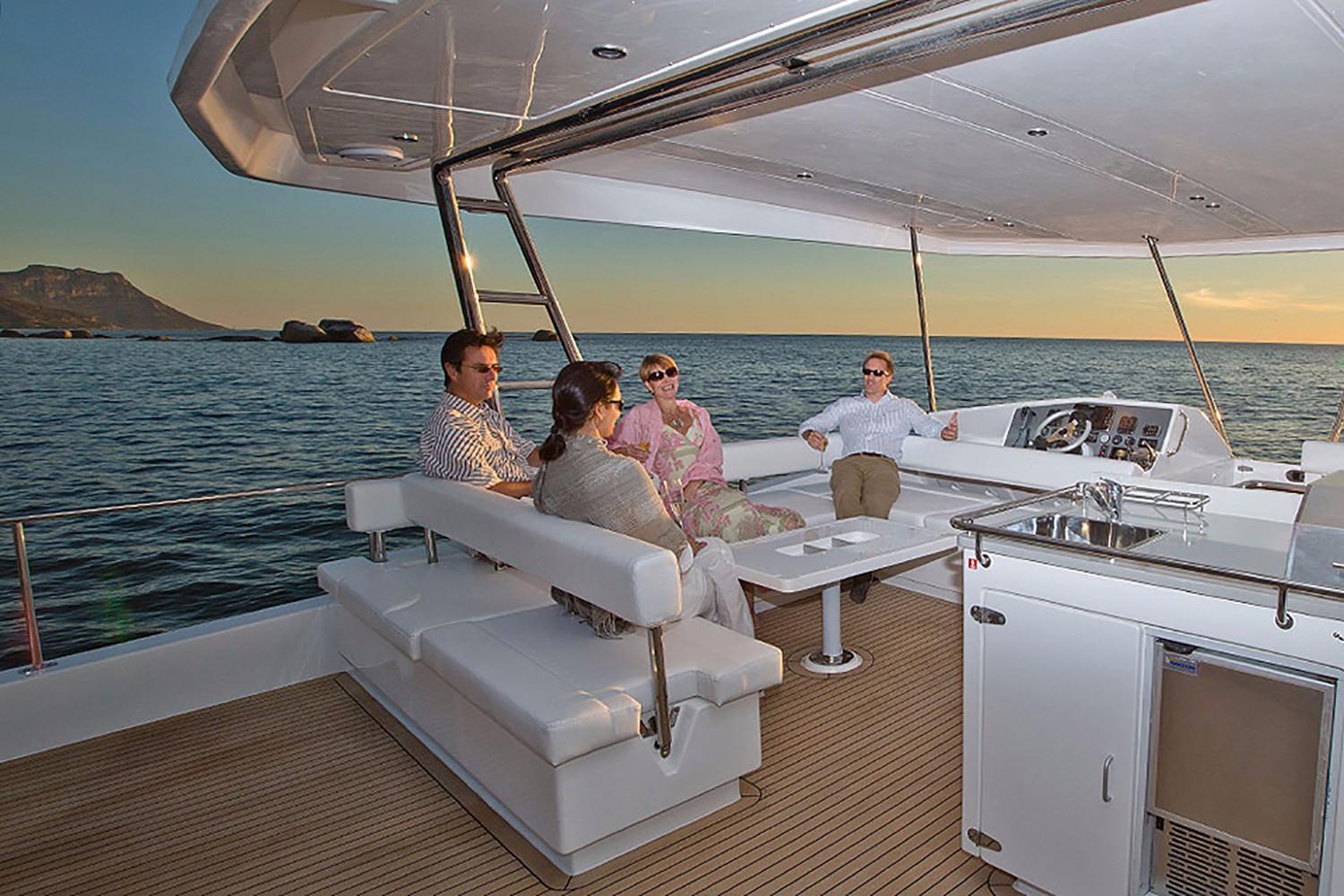 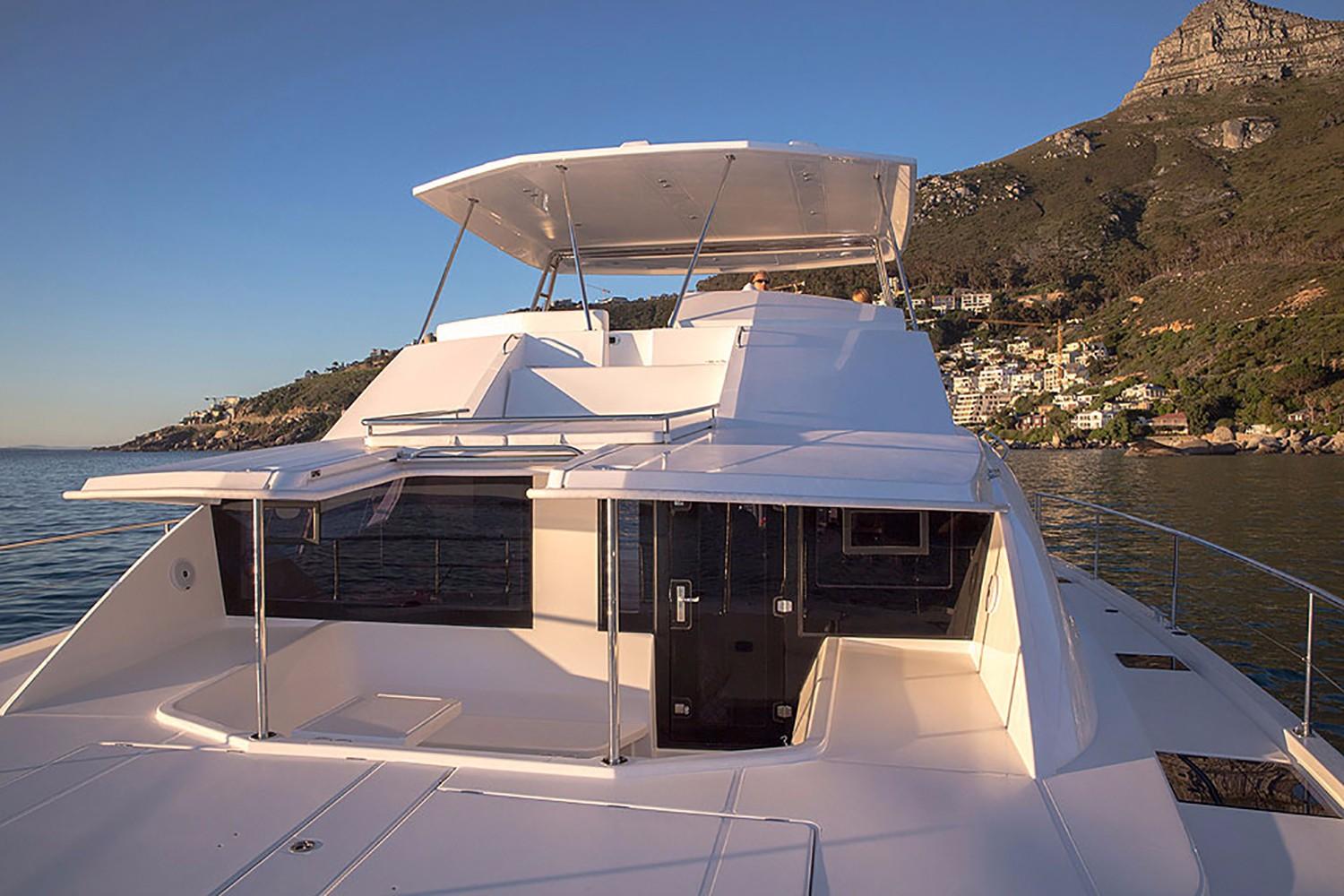 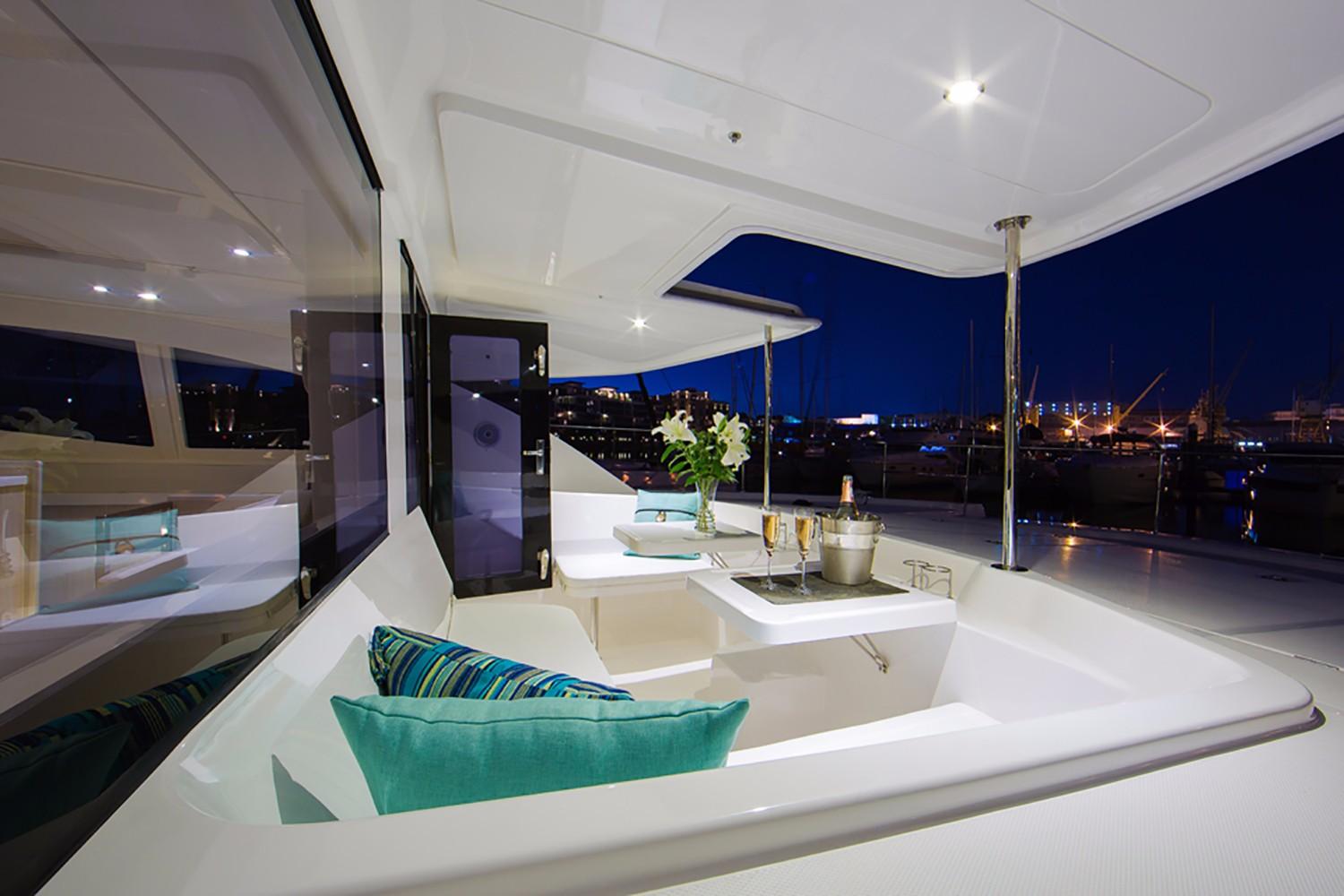 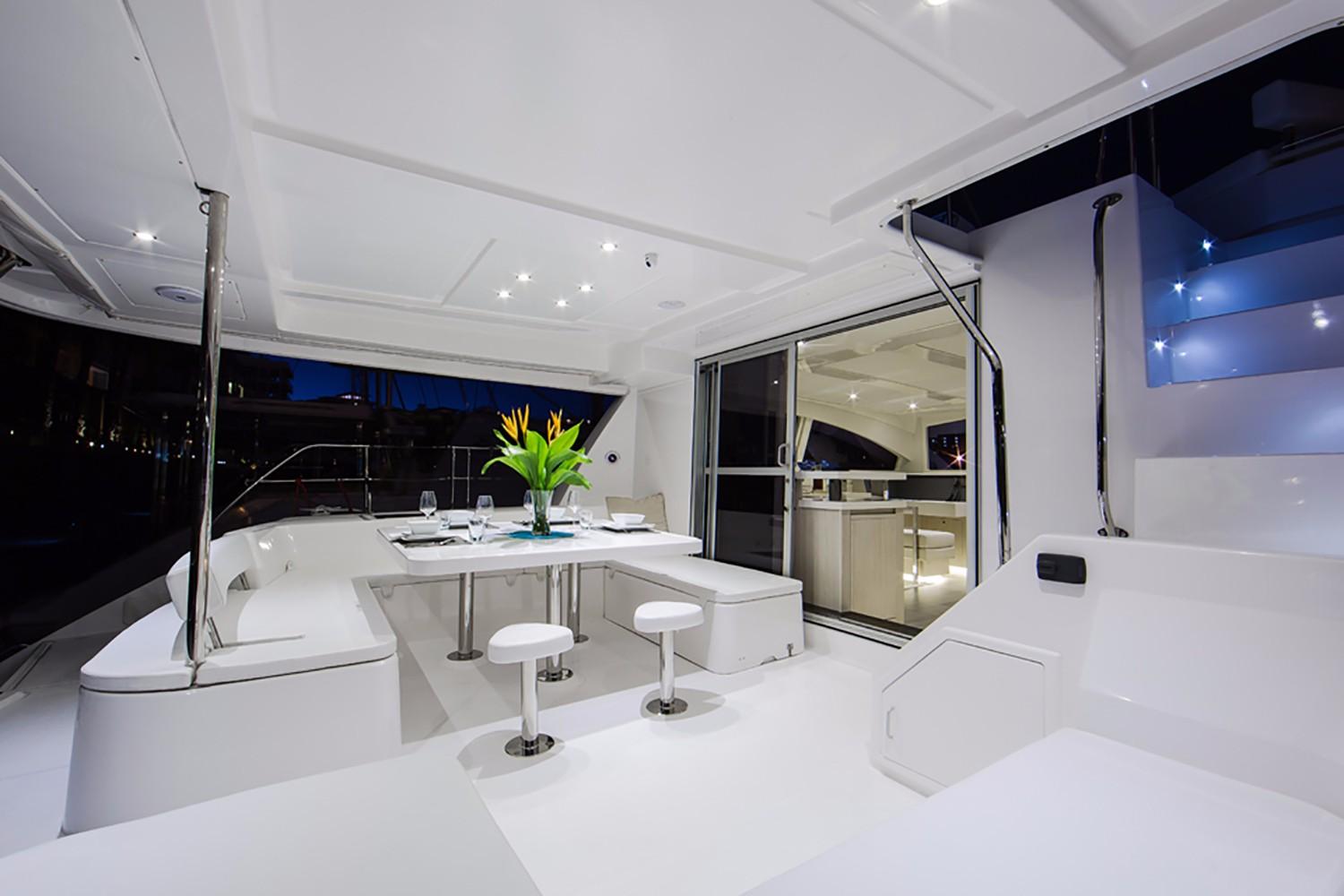 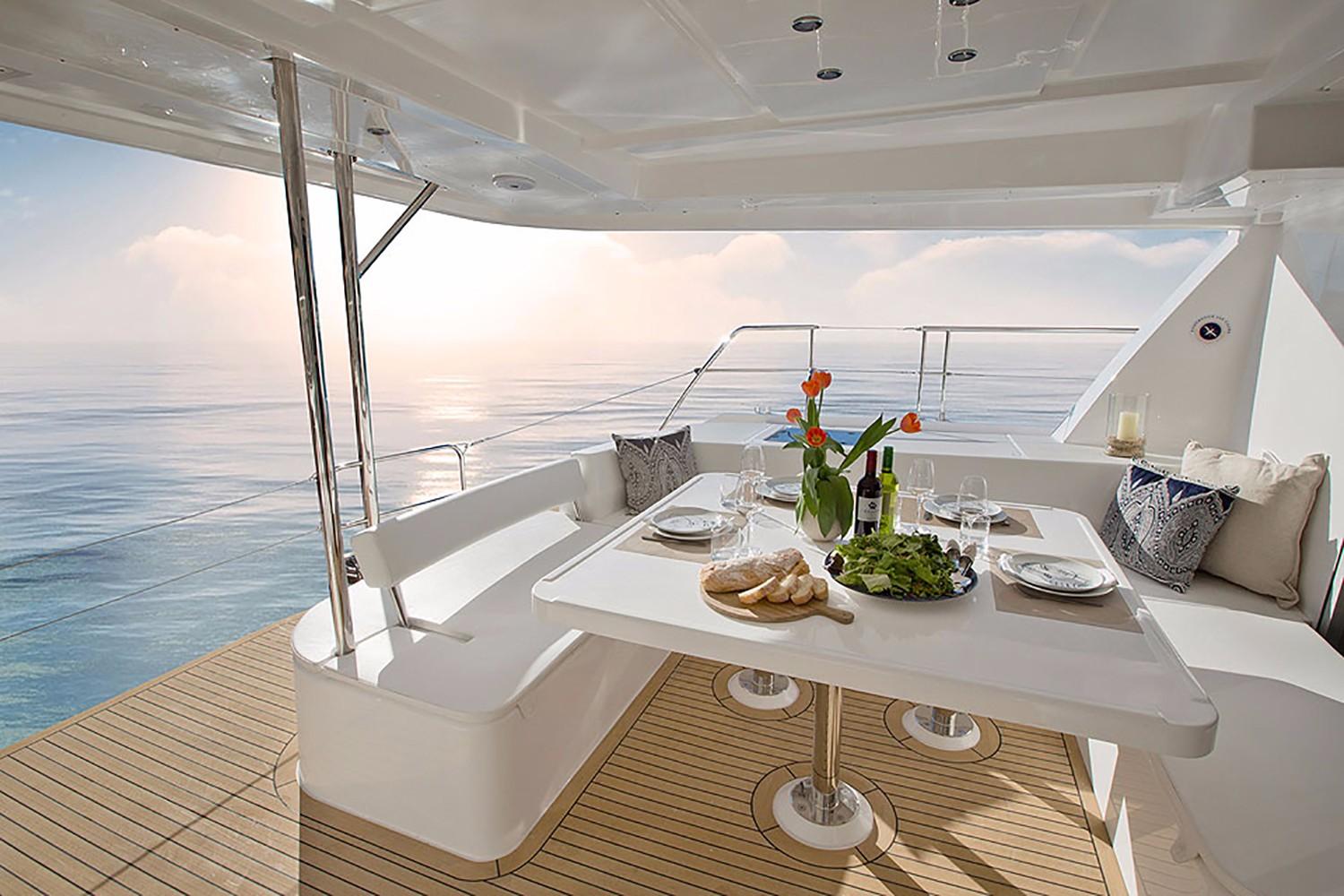 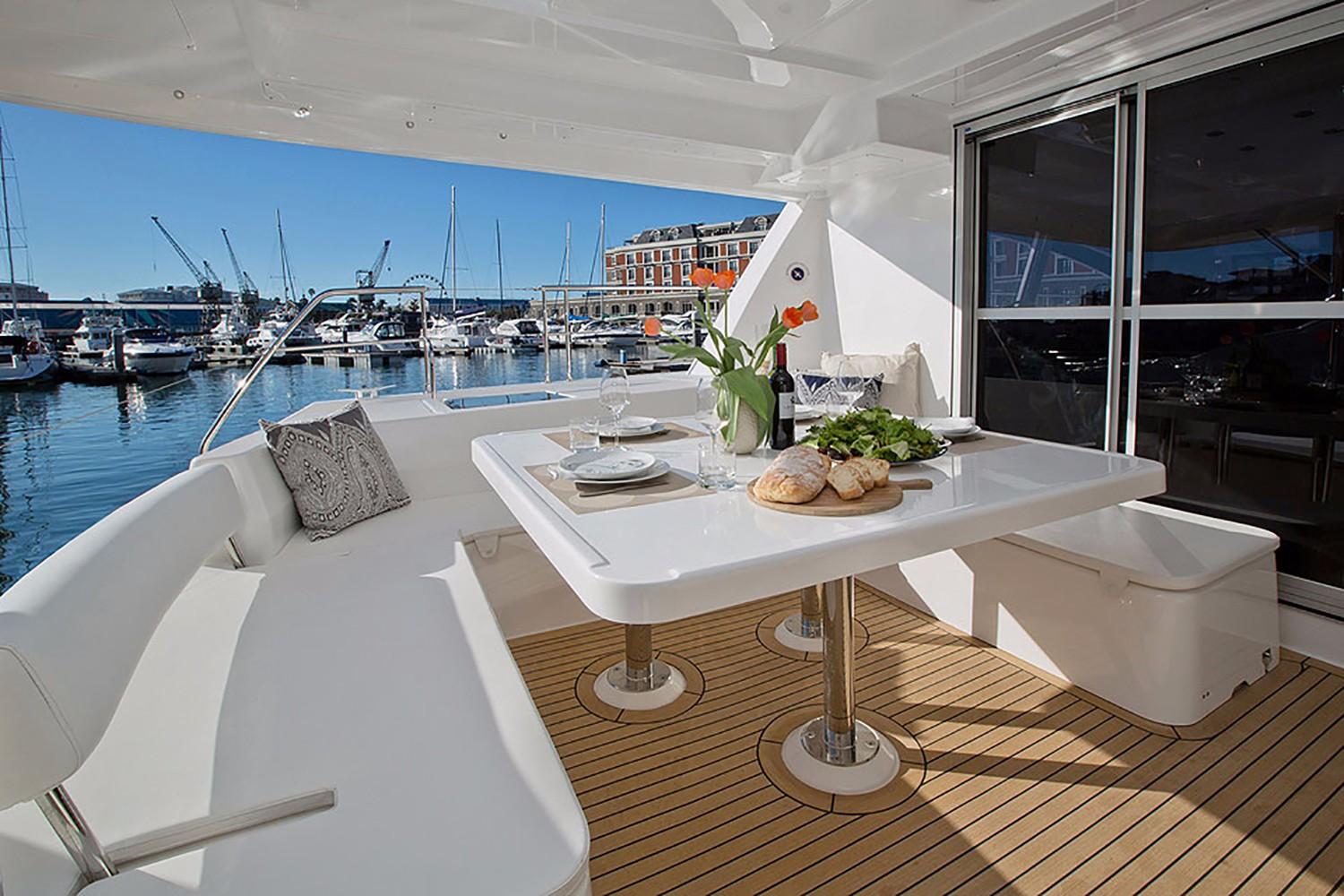 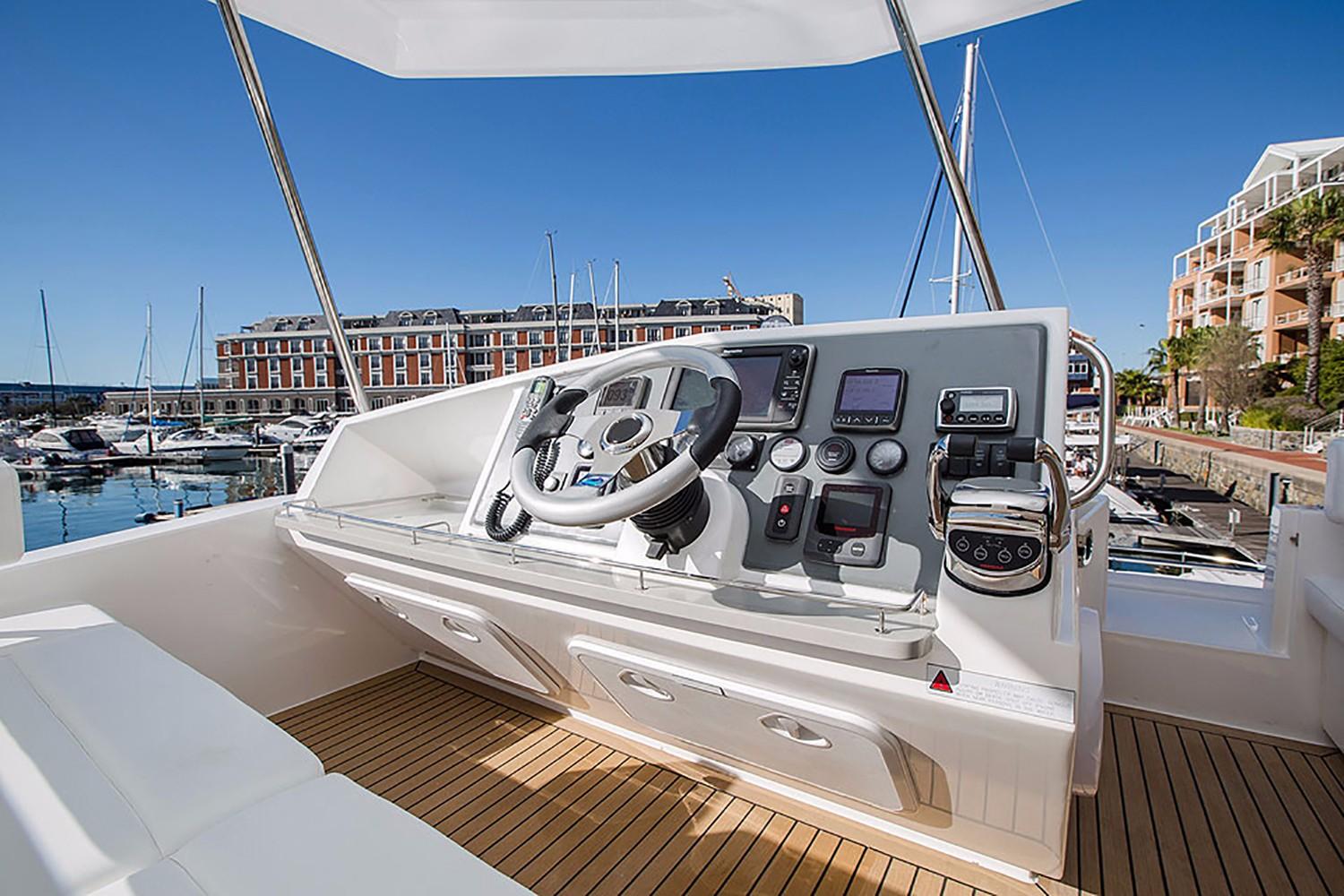 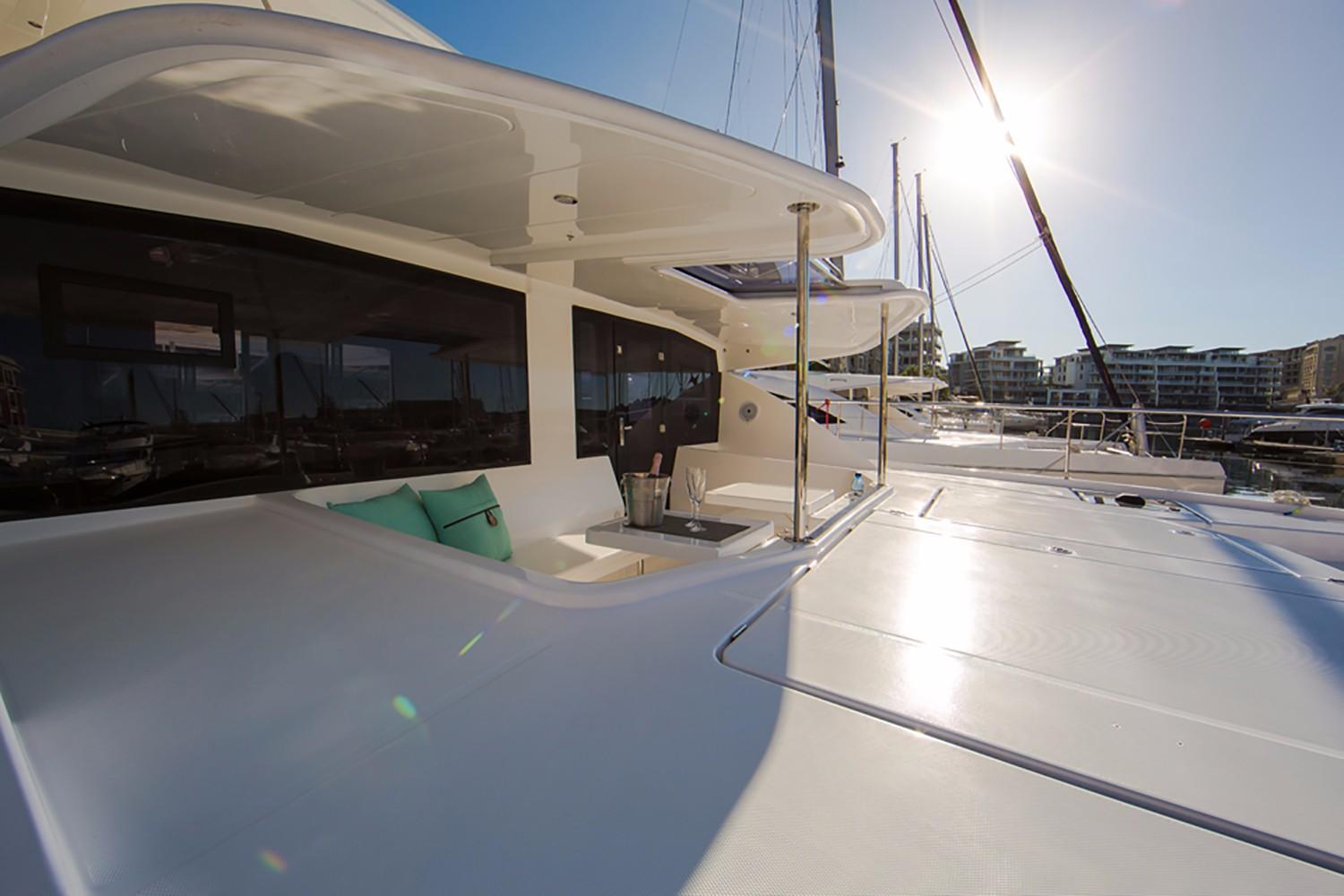 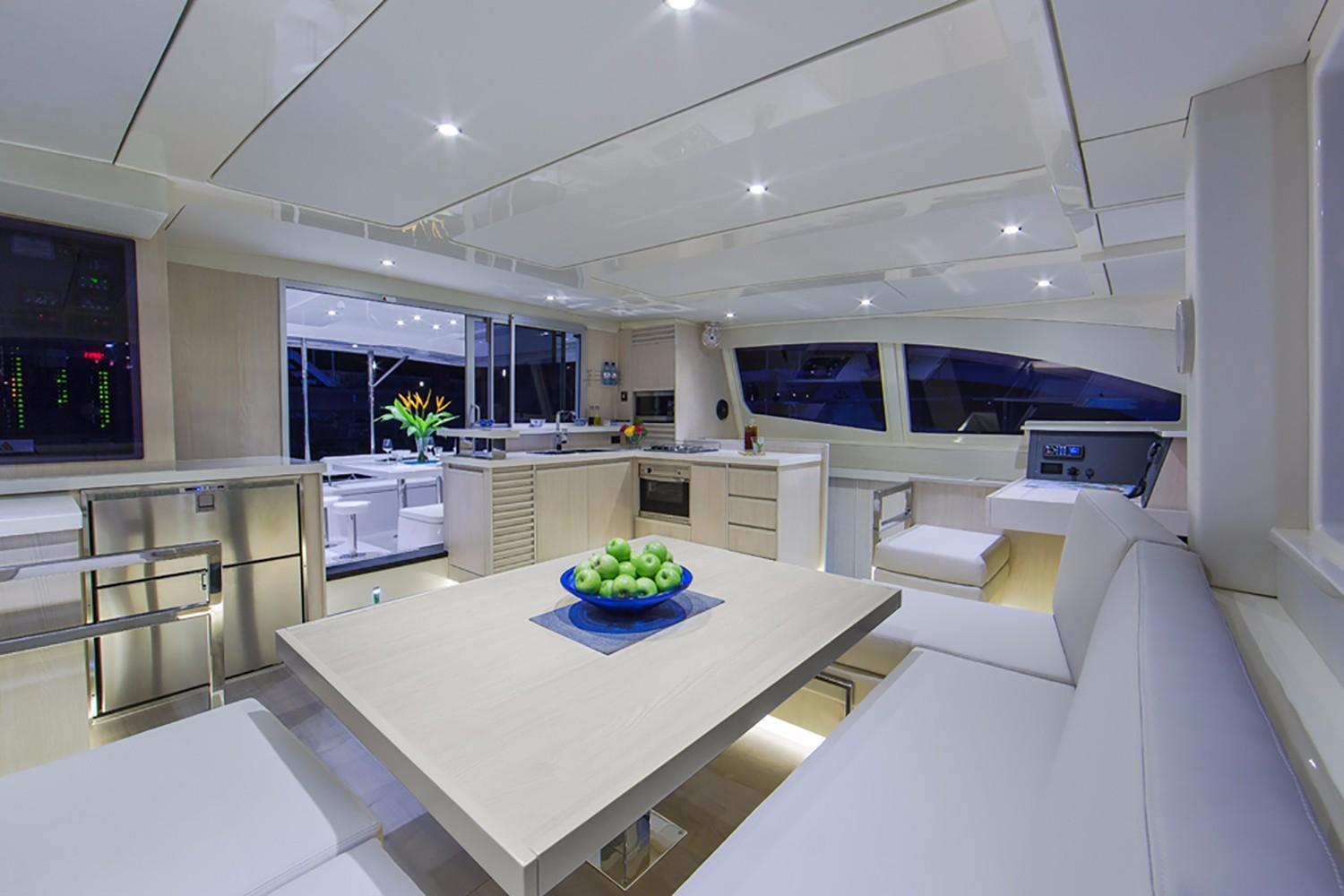 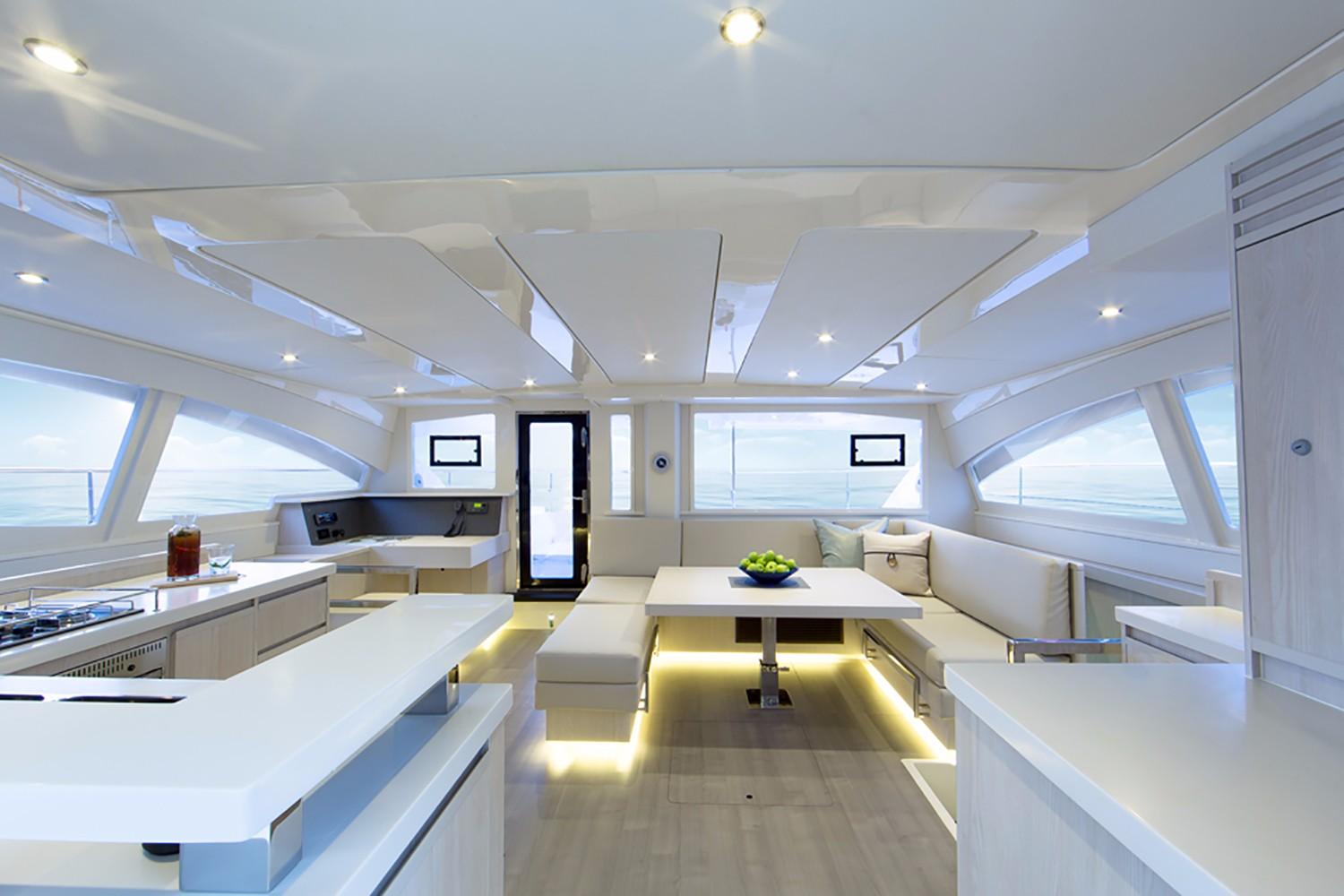 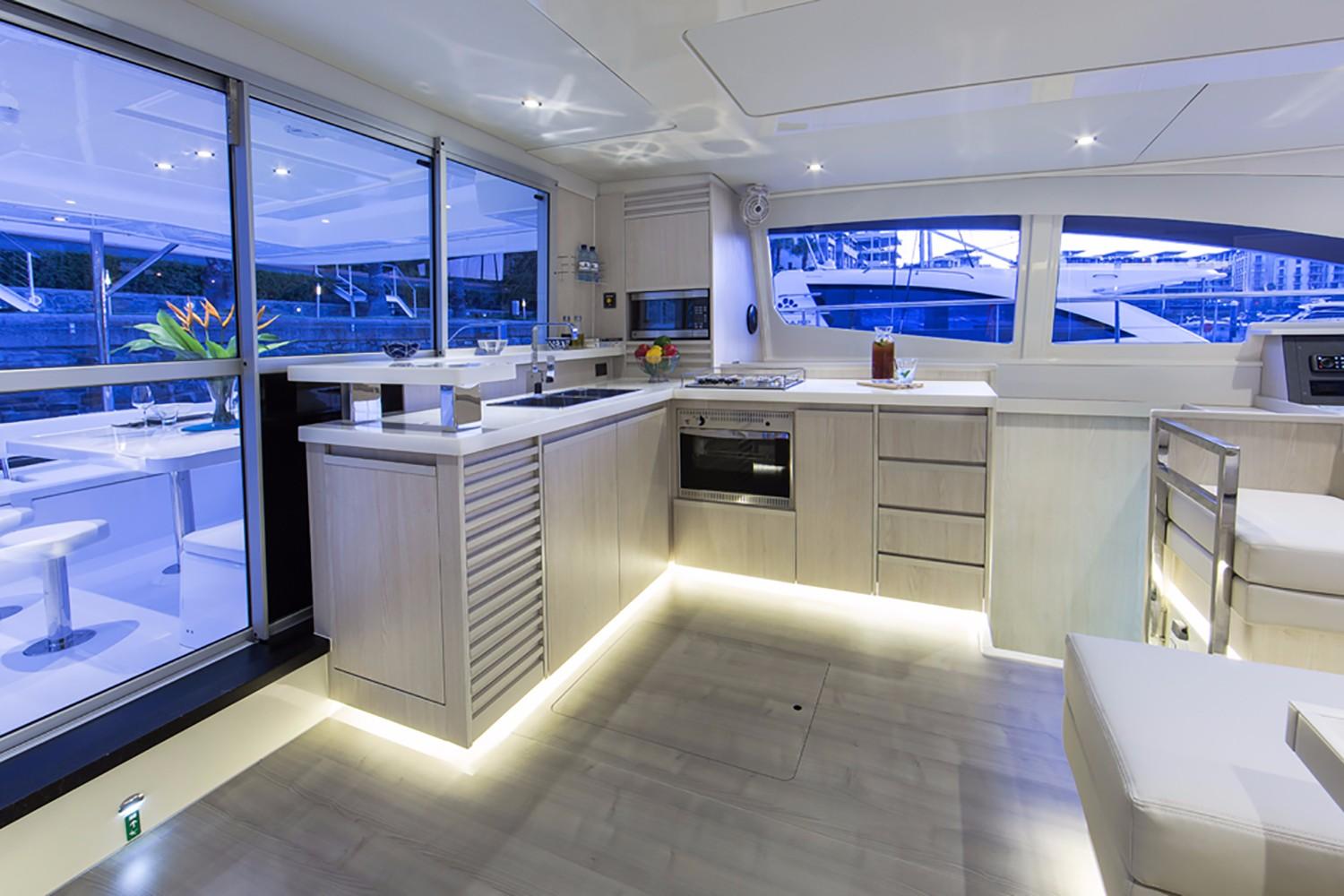 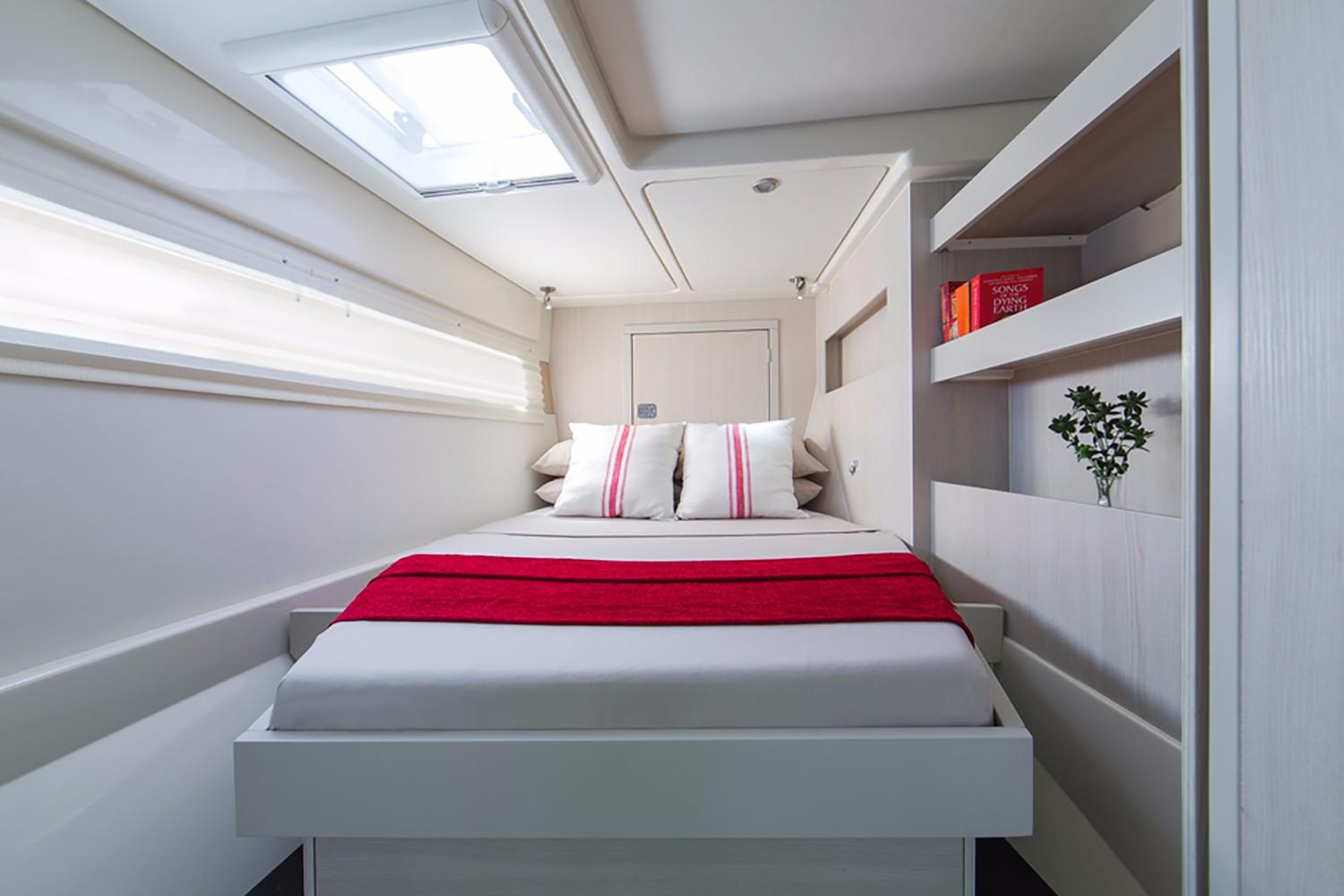 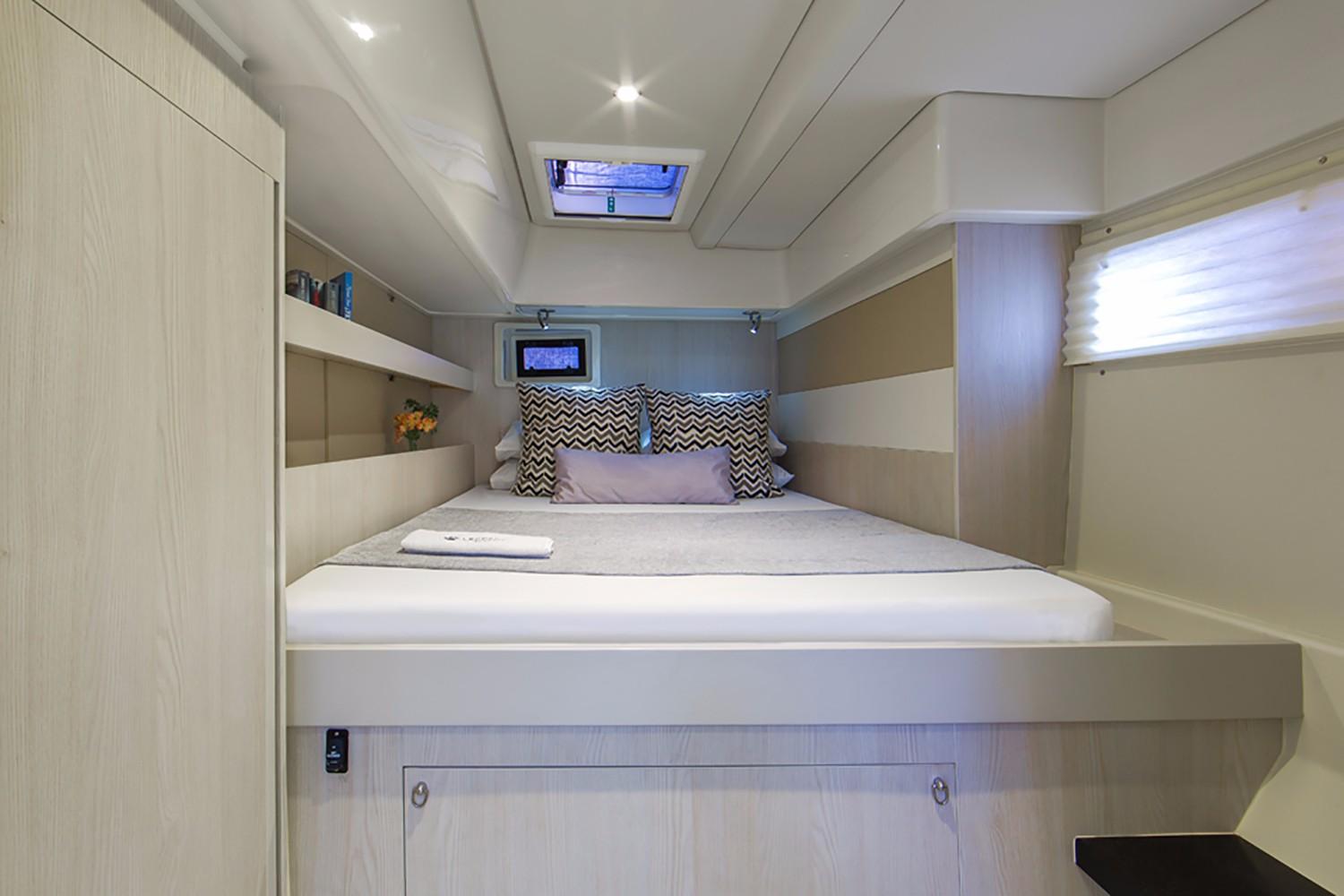 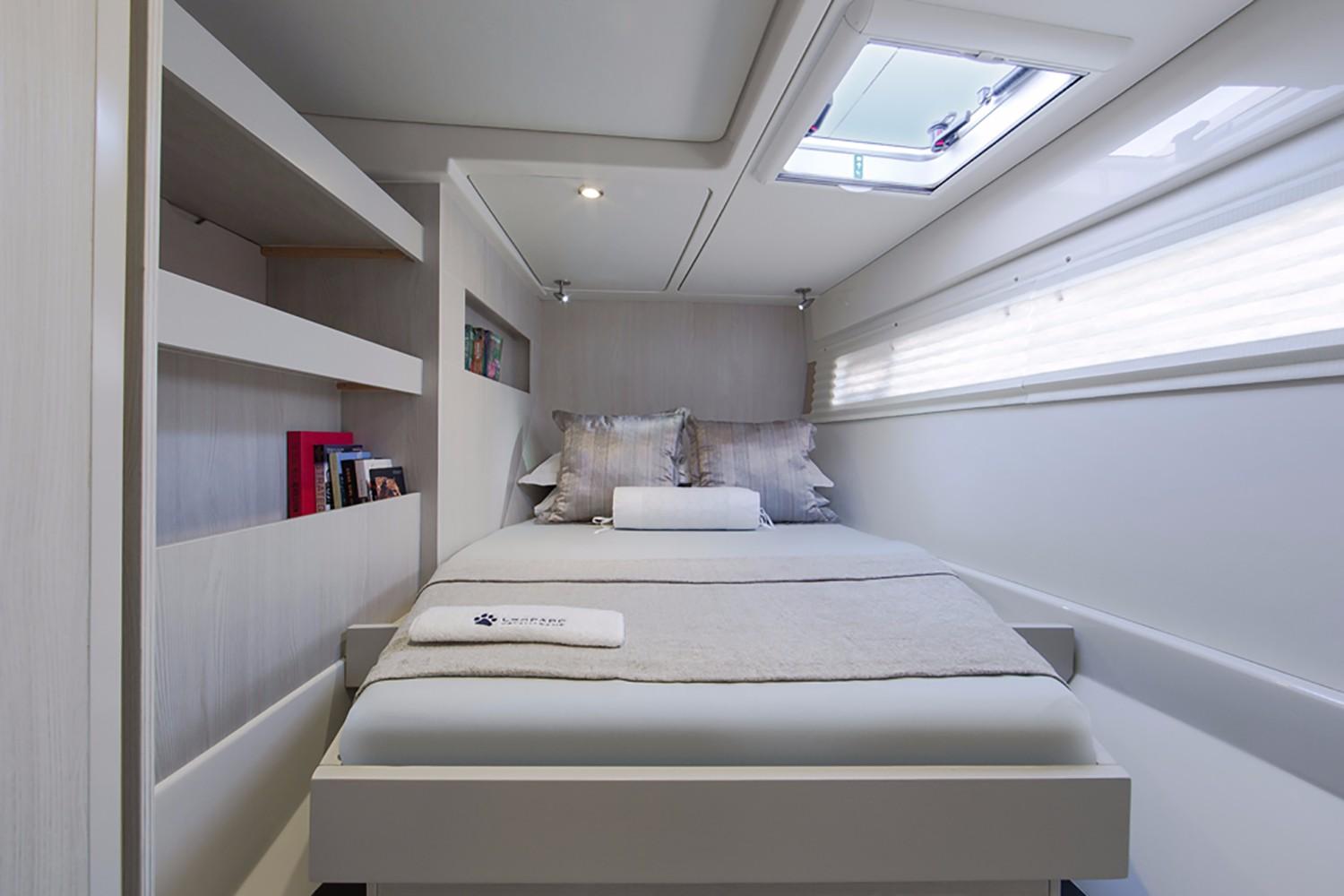 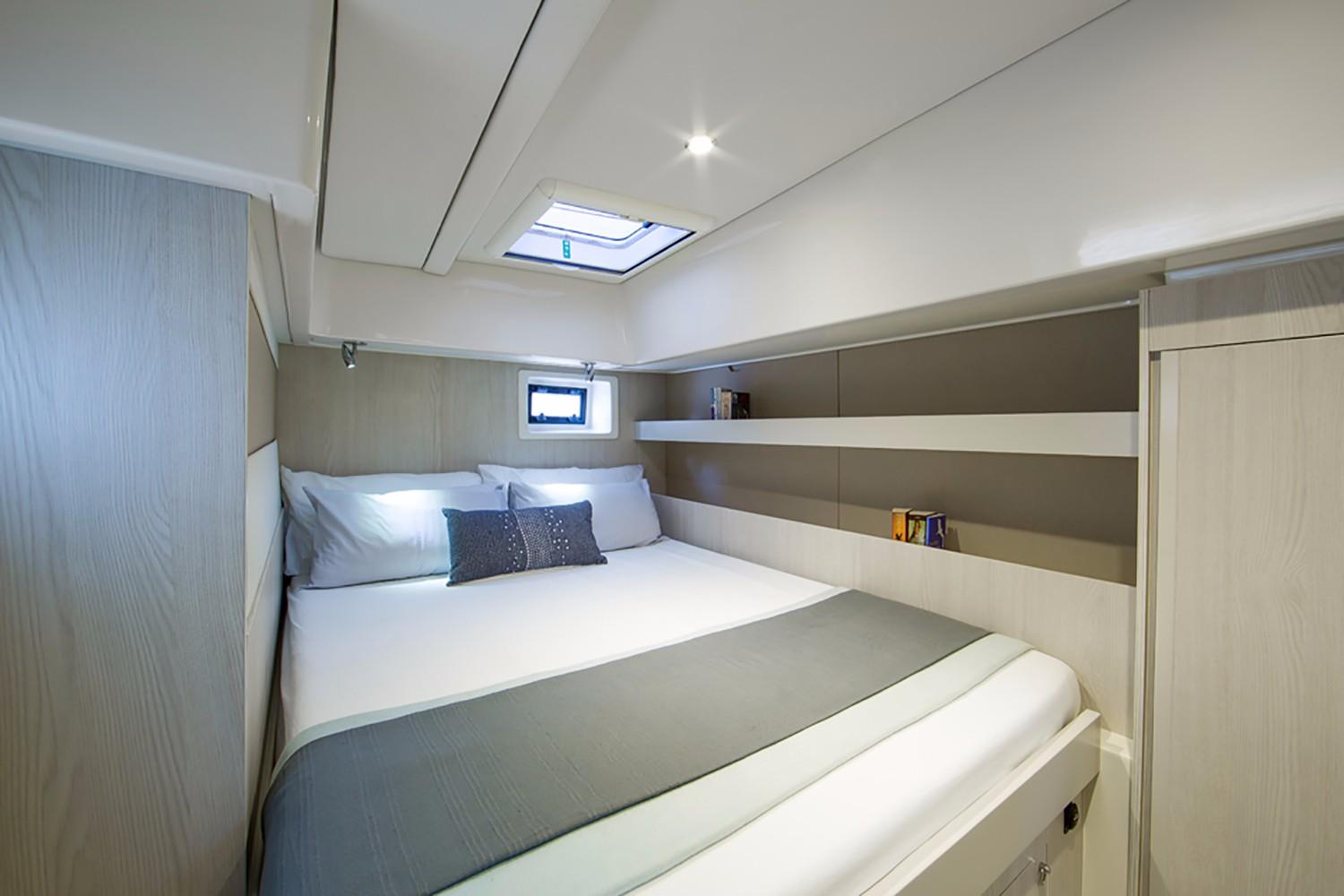 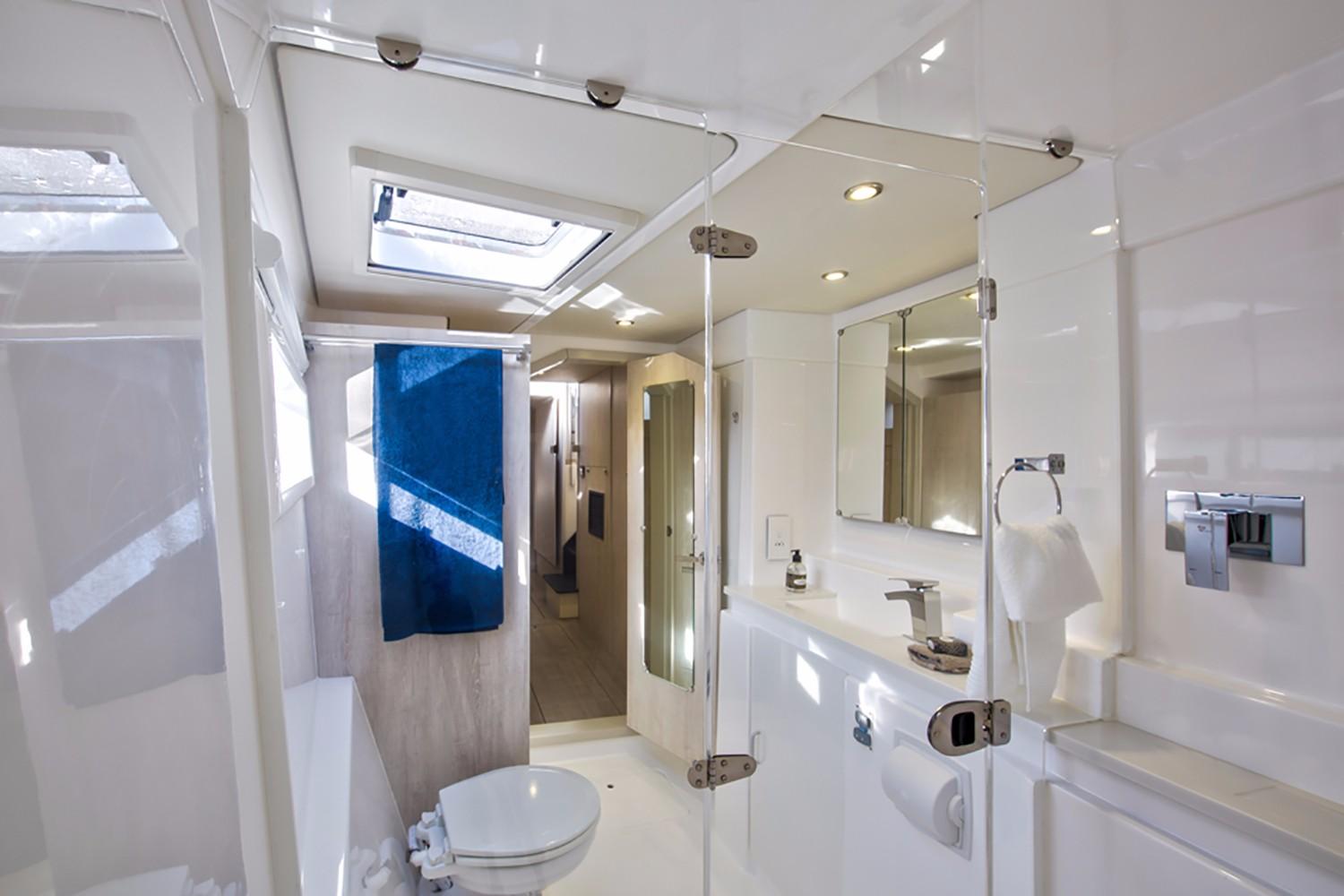 The future is here with this 51 Leopard Catamaran by Nova Luxe producing a "0" Carbon Footprint with her electric Solar Powered motors and Unlimited Range. Let Global One Yacht Sales assist you in stepping into the next generation of Solar Powered Luxury Yachts. We are a worldwide dealer for the Nova Luxe Line.

Global One Yacht Sales also offers Solar Power conversions for your inboard catamaran  yacht at your location. Onboard Electric Components only or Electric Motors and all Electric components. Please contact us for more information.

Hear the Sea. Not the Engines.

Please contact us today for more information or to arrange a sea trial.

Please contact us today to discuss converting your diesel inboard catamaran to solar power at any location in the world. Solar conversions for house only or house and one engine or house and both engines available.

The Leopard 51 Powercat brings with it a multitude of exciting features, including a sleek design, a large forward cockpit, additional lounging areas, an expansive flybridge and a completely redesigned interior upgraded with modern appliances.

Drawing upon the success of previous Leopard powercats, this economically efficient catamaran uses less fuel than other power models and offers unlimited range on her Solar Power. She also incorporates a brilliant ergonomic layout that makes maneuvering around your yacht comfortable and easy.

This yacht also boasts a large and open saloon, a galley with the latest appliances, and a 3 or 4 cabin layout with en-suite heads. The Leopard 51 Powercat combines the best from our sailing fleet with the luxury and ease of a power yacht.

CLEARWATER, FL (October 2013) – Leopard Catamarans recently launched their all new, spacious, Leopard 51 Powercat (PC), built by Robertson and Caine and designed by Simonis Voogd Design. The newest member of the power fleet brings with it a multitude of exciting features: a new sleek and stable design, a large forward cockpit, additional lounging areas, an expansive flybridge and a completely redesigned interior upgraded with modern appliances. She also offers more stability than traditional power monohulls, as well as providing additional space and a greater value.

Drawing upon the success of the Leopard 39 PC and Leopard 47 PC, this contemporary and economically efficient catamaran uses less fuel than previous models. With her solar power this yacht has unlimited range. Leopard team member Peter Wiersema explains, “The 2014 Leopard 51 PC is expected to revolutionize the world of power catamarans.” He also stated “the Leopard 51 Powercat has a stealth-like hull.

Alexander Simonis felt these were “Ideal conditions to show the power and ability of the new Leopard.” He went on to say, “We headed out into the swell going full bore (20+ knots). The boat had nice dynamic stability at the speed and was launching off the crests, landing smoothly keeping up to speed and taking on the next one. Driving straight into the large swell, there was no water coming over the deck and only minor spray could be noticed at the bows as we were riding down the waves.” Of course, with the Leopard 51 PC being delivered from Cape Town to world-wide destinations on its own bottom, she is entirely capable of handling these conditions.

She also incorporates a brilliant ergonomic layout that makes maneuvering around the power yacht comfortable and easy. The Leopard 51 PC can be driven from the flybridge or from inside (optional). Like the other award-winning catamarans of the Leopard fleet, the 51 PC includes a large flybridge with seating for up to 8. She also features a large forward cockpit, something first seen on the award-winning Leopard 44, and a sunbathing platform with direct access to the flybridge, a first for Leopard Catamarans.

The Leopard 51 PC also includes a completely redesigned interior, featuring new materials used for flooring and cabinetry creating a fresh modern look. This is the first Leopard model that will use the new interior layout. She also boasts a large and open saloon, a galley with the latest appliances. The Leopard 51 PC combines the best from their sailing fleet with the luxury and ease of a power yacht.

To add to all of this, with such a large amount of square footage, this catamaran boasts an exceptional value. Unlike traditional monohull powerboats, catamarans offer additional space both inside and out, and more stability.

Robertson and Caine design and build the Leopard line of blue water cruising catamarans. As the world wide dealer, Leopard Catamarans is proud to say that over 1,000 Leopard cats have now sailed more than 9 million miles and the world’s largest oceans.

SOLAR POWER CONVERSIONS ON ANY POWER CATAMARAN WITH INBOARDS

How much will it cost to convert? Is the most common question we get. This single question can only be properly answered after we determine what electric system works best for the catamaran and the customer. What type of hybrid are you interested in? Two electric motors with a DC generator as a range extender or a single electric motor replacing one of the two diesels? What are the speed and range expectations? Full electric can match the speed of diesels when burning 10 gallons per hour. A diesel engine and electric motor combination allows for higher speeds. How large should the solar array be? Where is the yacht located?

Once those essential questions are answered, we have a good idea of what the cost will be for your custom conversion. Still, continuing forward with the design and planned implementation of all parts will bring us to the best cost estimate.

We can do a solar conversion on the house or the house and one or both engines anywhere in the world as long as there is a good working marina in the area.

Denison Yacht Sales offers the details of this yacht in good faith but cannot guarantee or warrant the accuracy of this information nor warrant the condition of this boat for sale. A yacht buyer should instruct his yacht broker, or his boat surveyors, to investigate such details as the buyer desires validated. This yacht for sale is offered subject to prior sale, price change, or withdrawal without notice. Denison Yachting is pleased to assist you in the purchase of this vessel. This boat is centrally listed by Global One Yacht Sales.