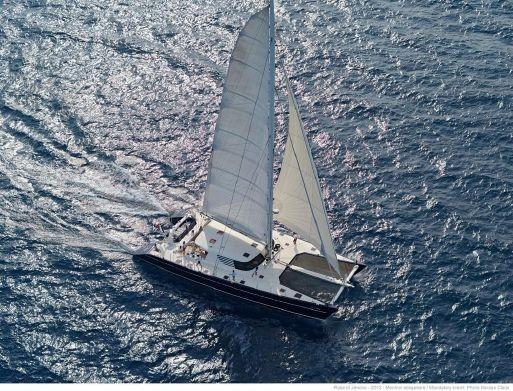 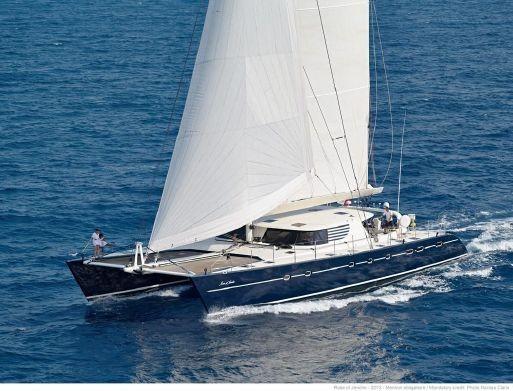 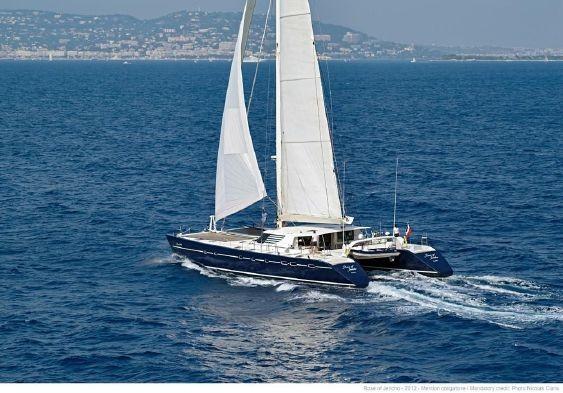 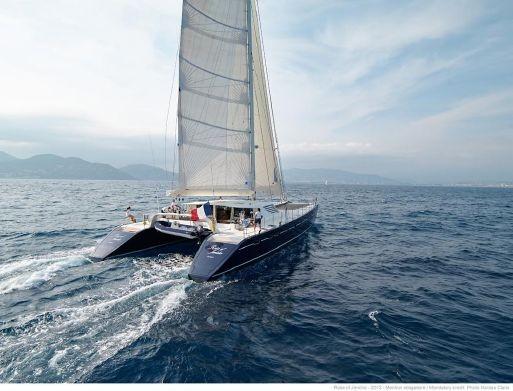 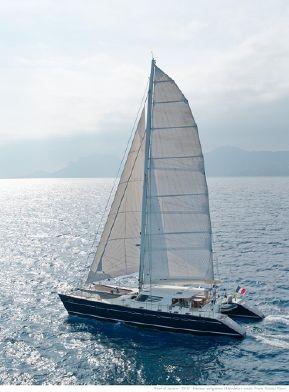 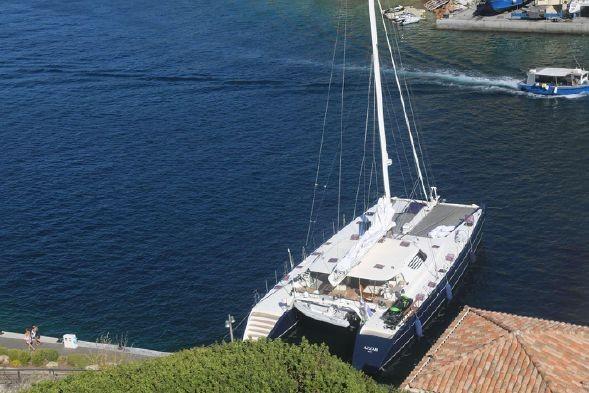 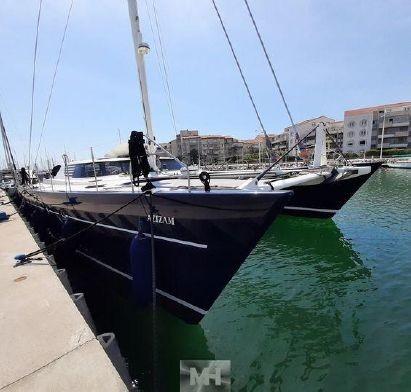 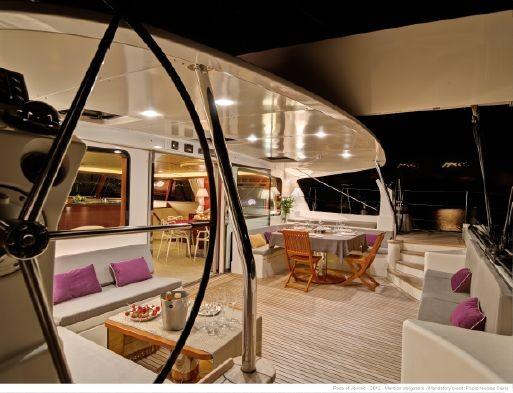 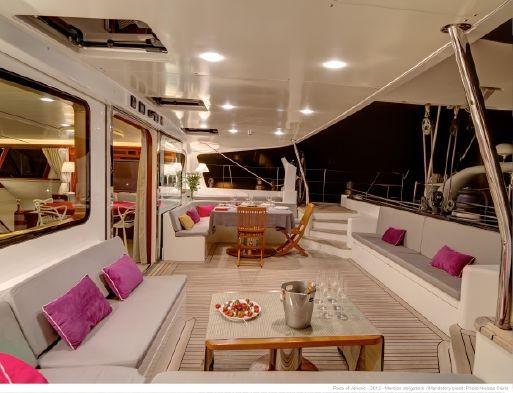 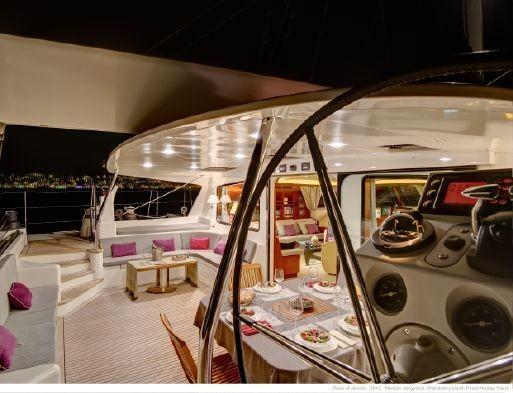 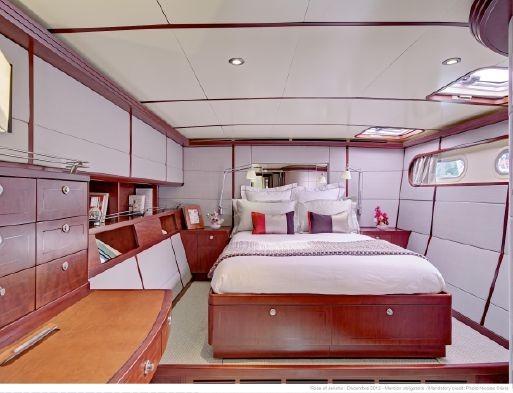 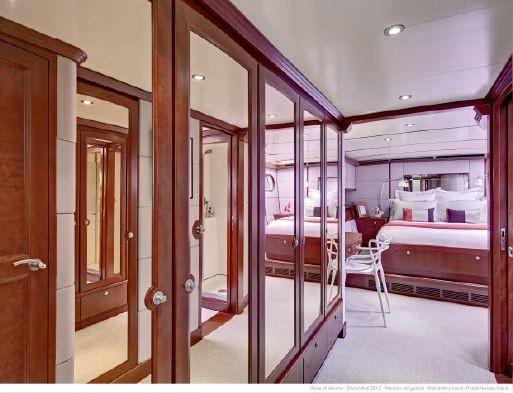 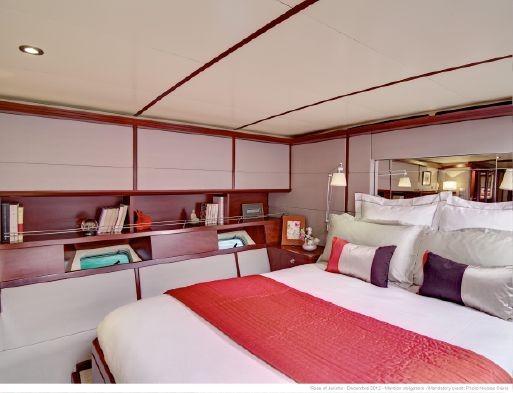 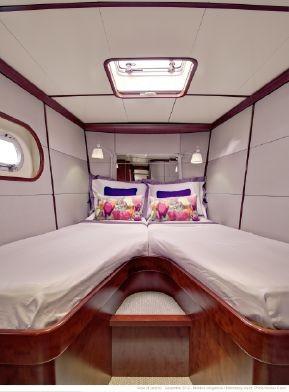 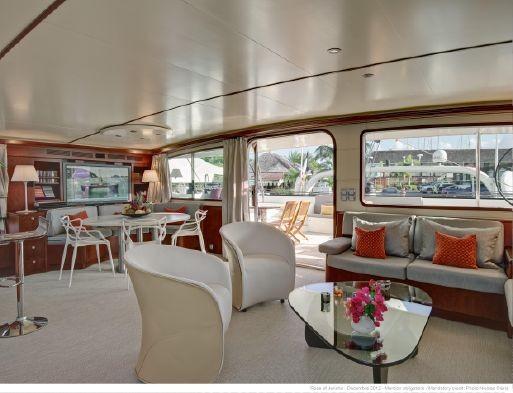 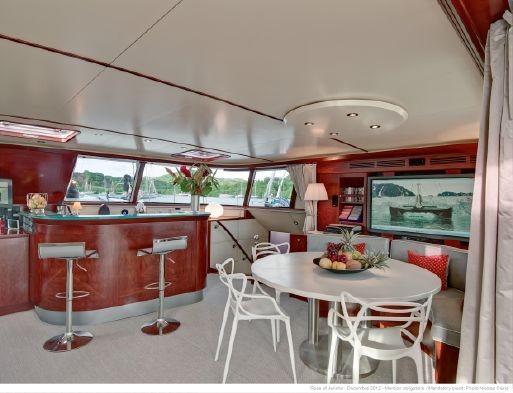 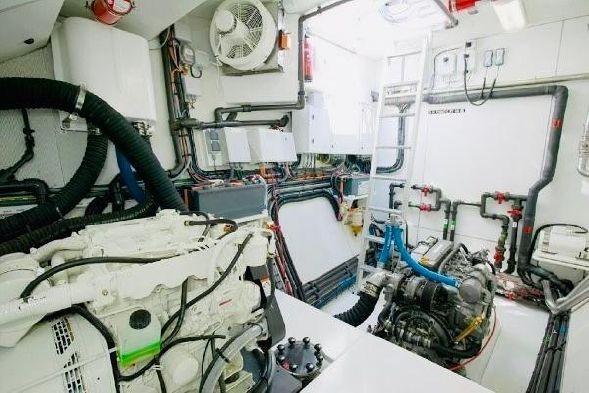 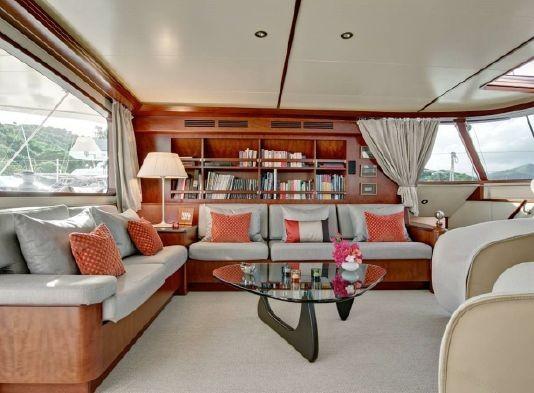 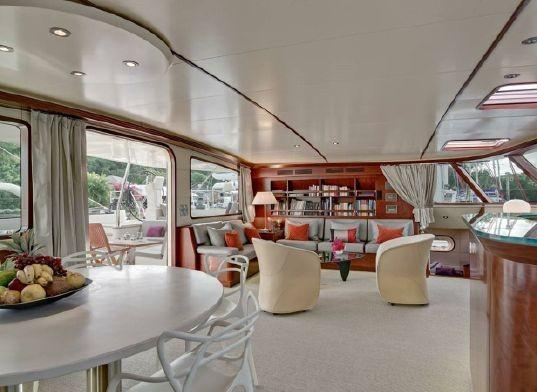 Azizam is not only the first catamaran built by JFA Yachts, but it is also the first project undertaken with naval architects Joubert-Nivelt. From the initial sketches, the objective was to create a yacht with fine finish and sailing performance.

The owners’ representative was deeply involved in the construction. The team wanted to have an elegant catamaran with inclined bows and a closed transom, in contrast to other catamarans of that era, where the steps were left exposed on the stern and there was no swimming platform.

The hull and superstructure are in nomex carbon, cooked at 100°. To reduce weight, and facilitate upkeep, there is no exterior teak except in the cockpit. A carbon mast and a 10.3m « Park Avenue » carbon boom; manual roller-furling and Kevlar side stays make it a very interesting and fast sailing yacht.

The interior is fashioned from moabi wood and the walls are panelled in white lacquer. Azizam was destined to take on a fast cruising circumnavigation. The client, an experienced sailing aficionado was fully satisfied with her, as were his sailing friends, for she was perfectly adapted to operating with reduced crew. Since her launch, Azizam has successfully completed her 3 year, round the world cruise.

Azizam has been significantly upgraded and maintained by the present owner. She underwent major refits in 2012, 2016 and 2018, receiving among the rest a new interior, full repainting, new electrical components, machinery upgrades and a MCA security equipment survey. Thanks to these substantial refits, the catamaran is now up to date both mechanically and aesthetically, presenting a fantastic opportunity for anyone looking for a turn-key yacht. Her luxurious interior and exterior are styled by Pierre Jacques Kubis.
Azizam has proven herself a successful long-distance vessel completing several round-the-world cruises, performing the transpacific portion of the journeys with an average speed of 14 knots. The continued investment of her experienced sailing owner ensures she is perfectly equipped for ocean-going and challenging offshore cruising. She can accommodate up to 6/8 guests in 4 double cabins, all with en-suite facilities and air-conditioning. Timeless interior, beautiful furnishings and sumptuous seating feature throughout to create an elegant and comfortable atmosphere onboard.