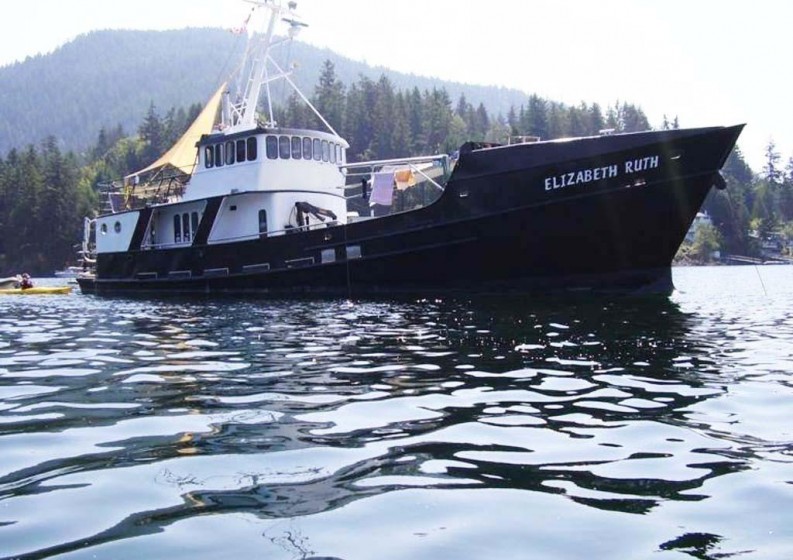 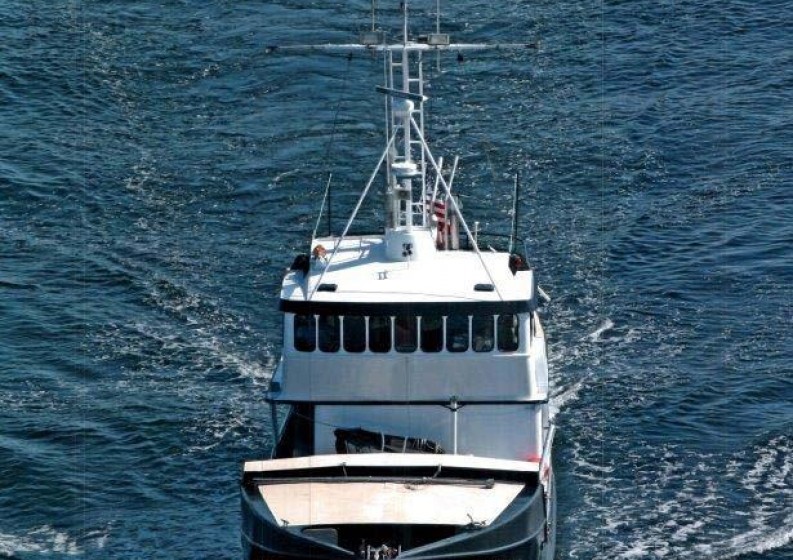 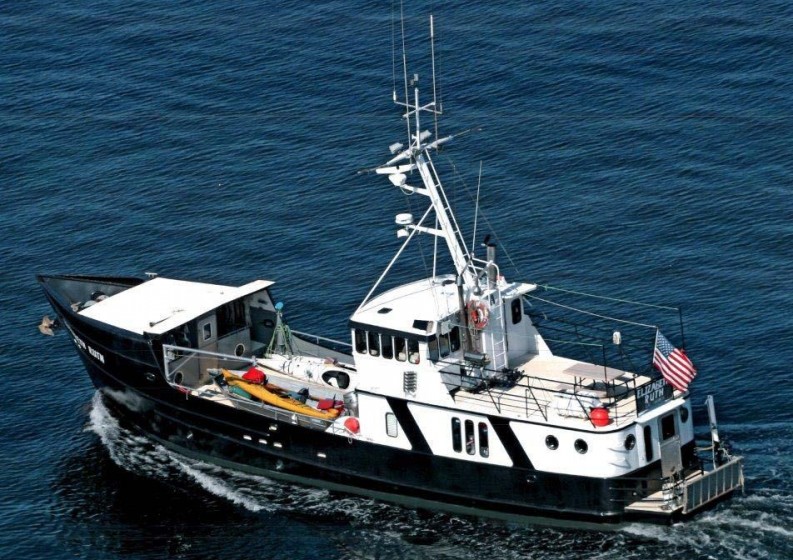 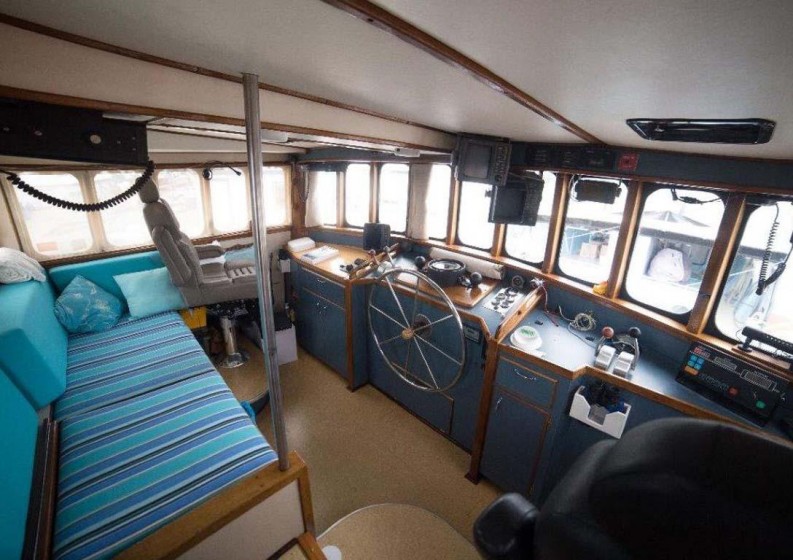 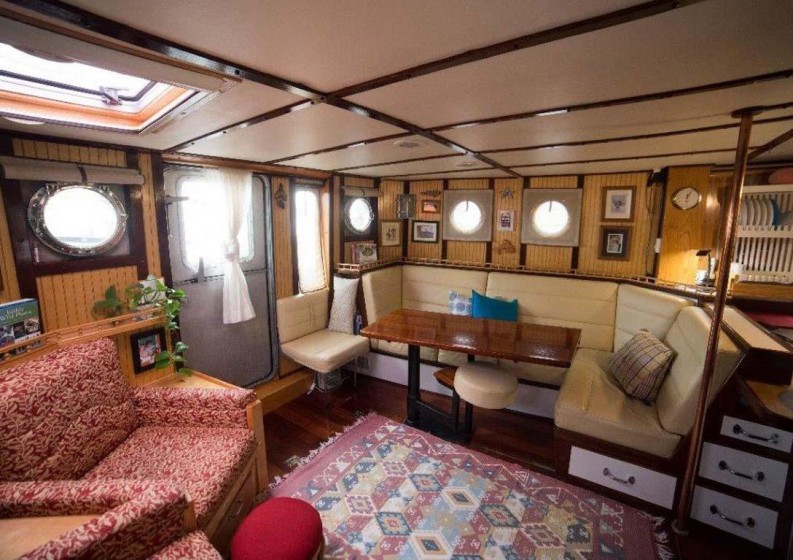 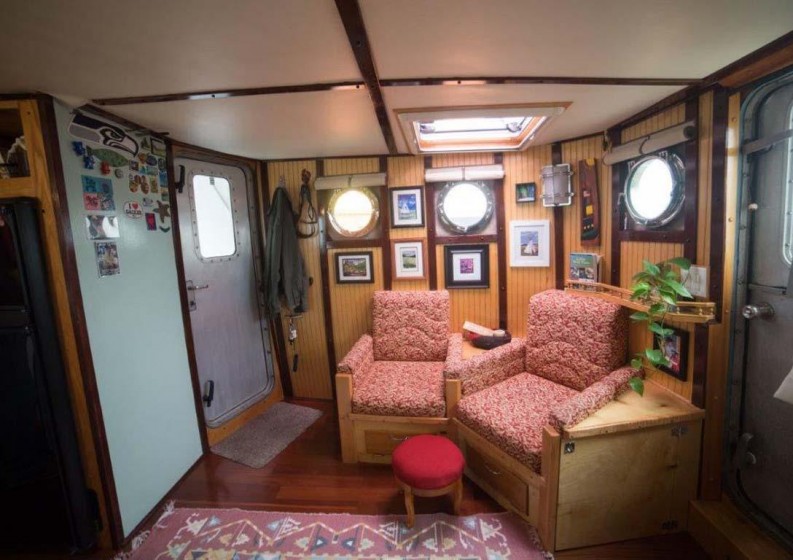 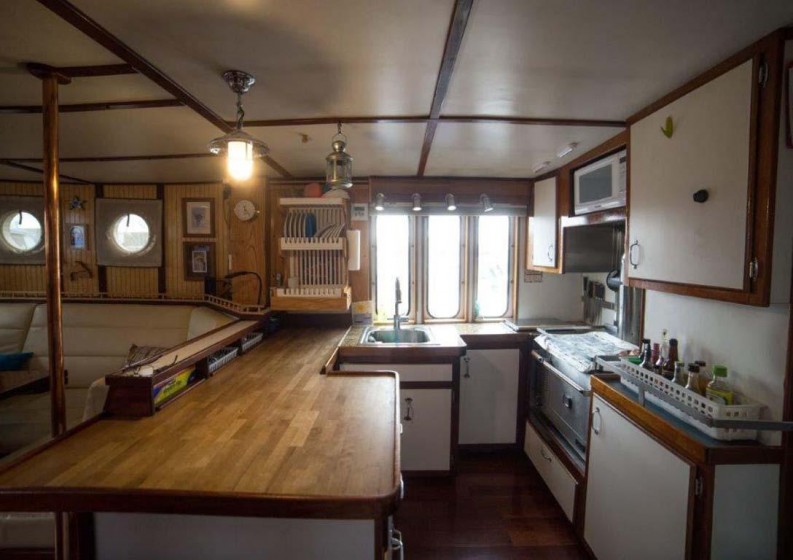 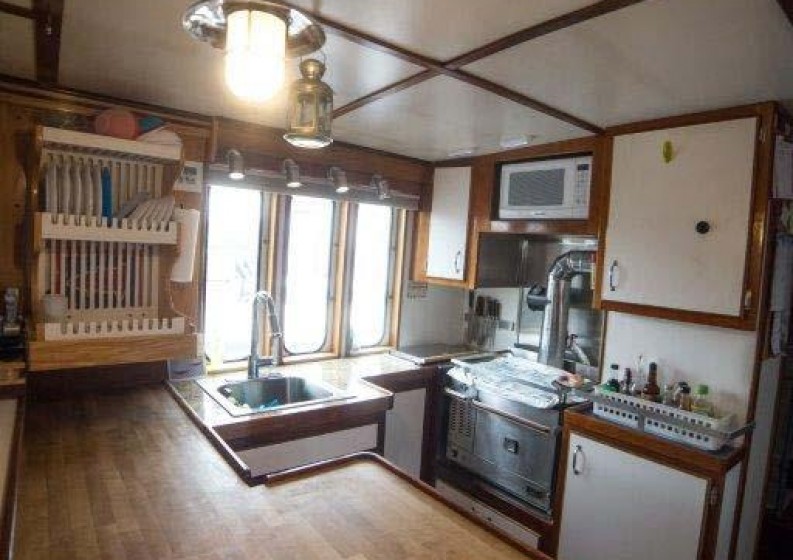 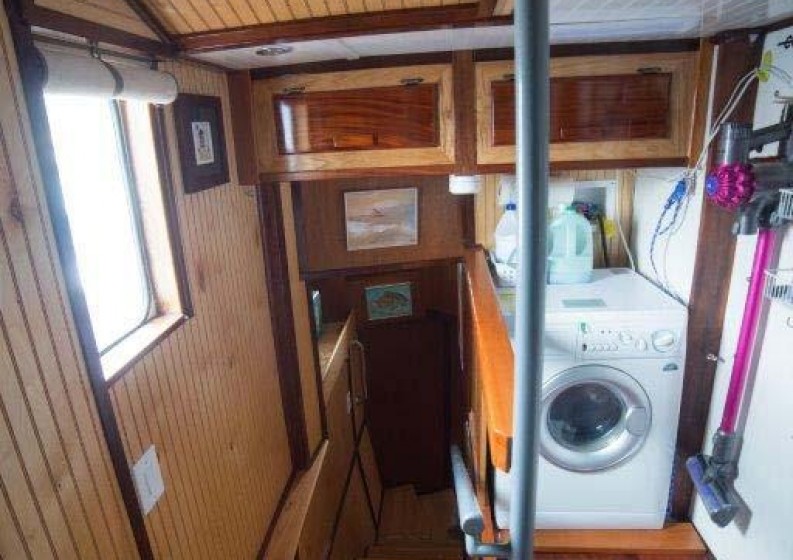 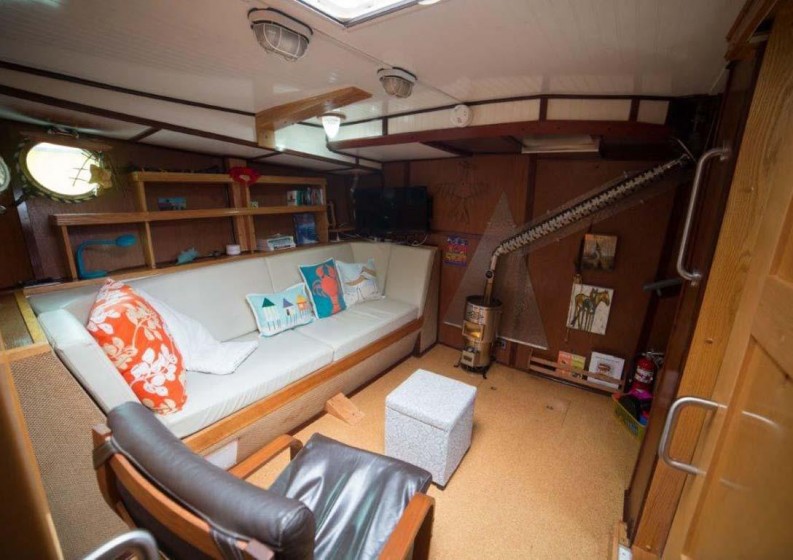 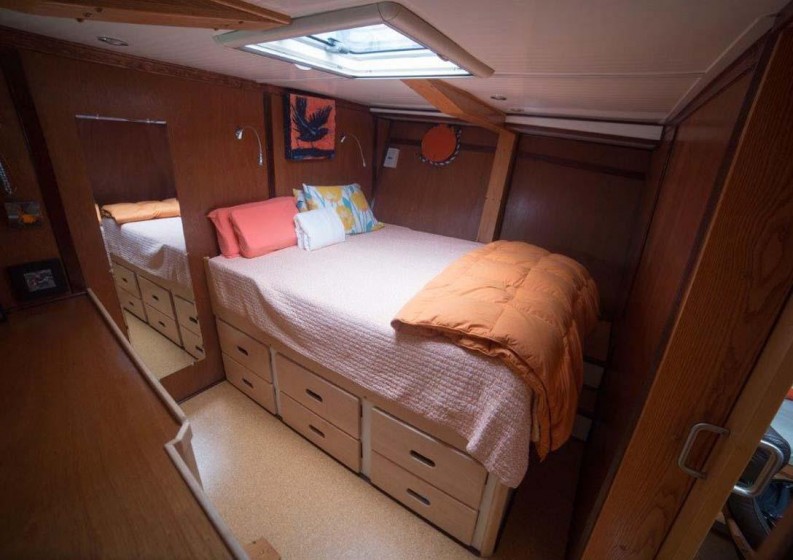 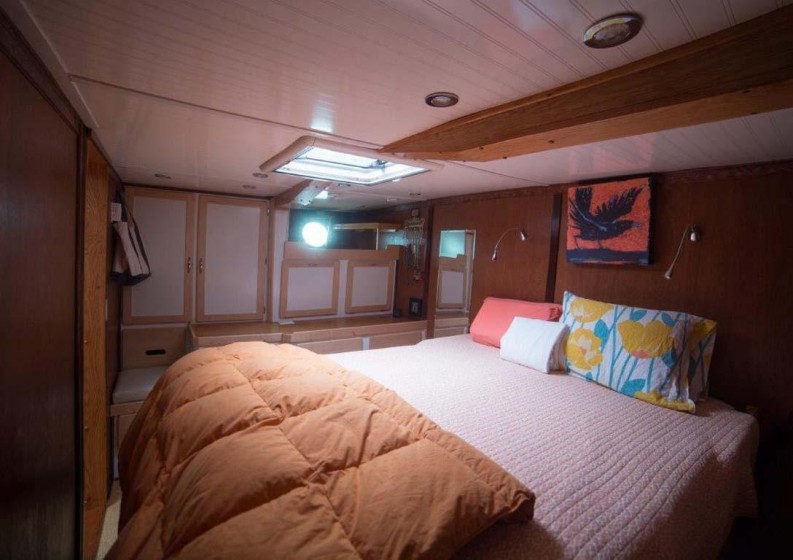 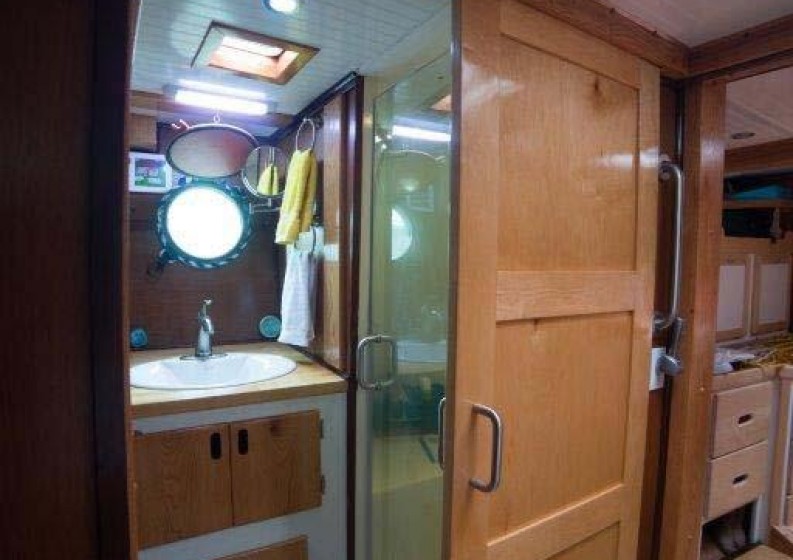 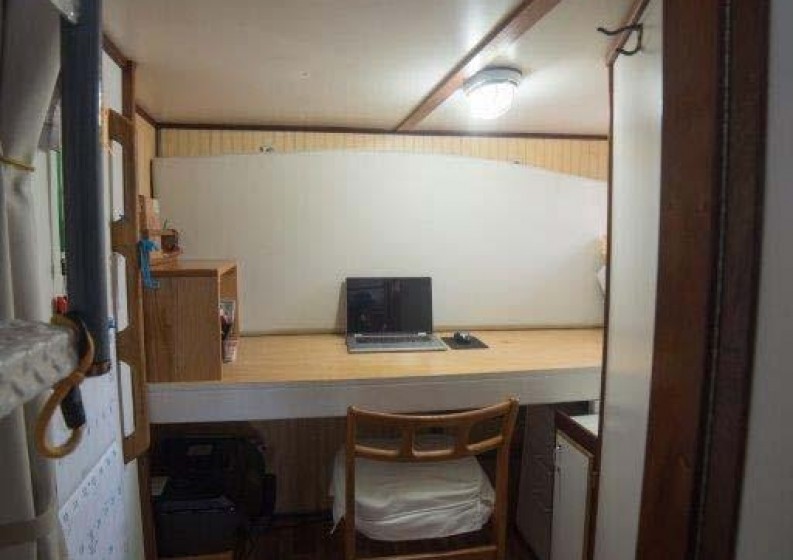 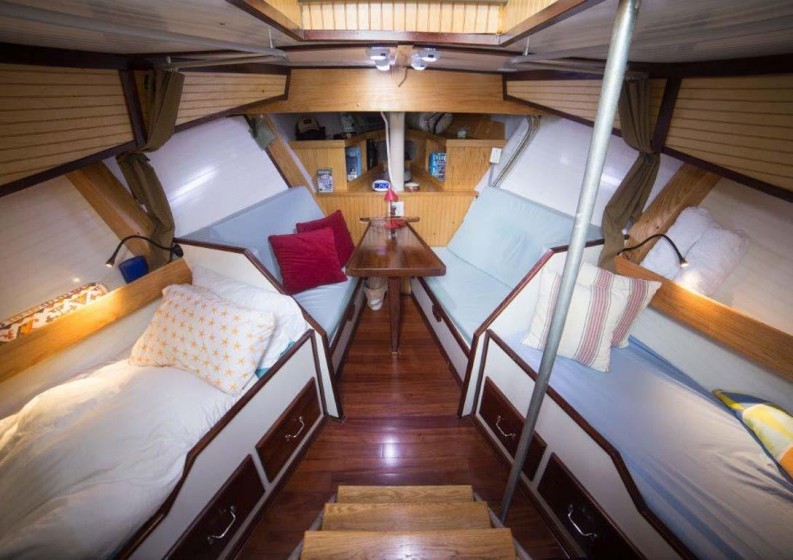 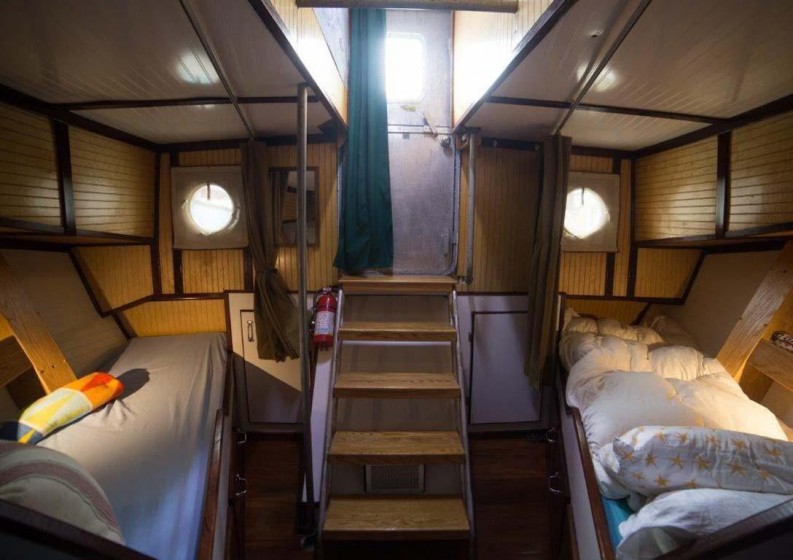 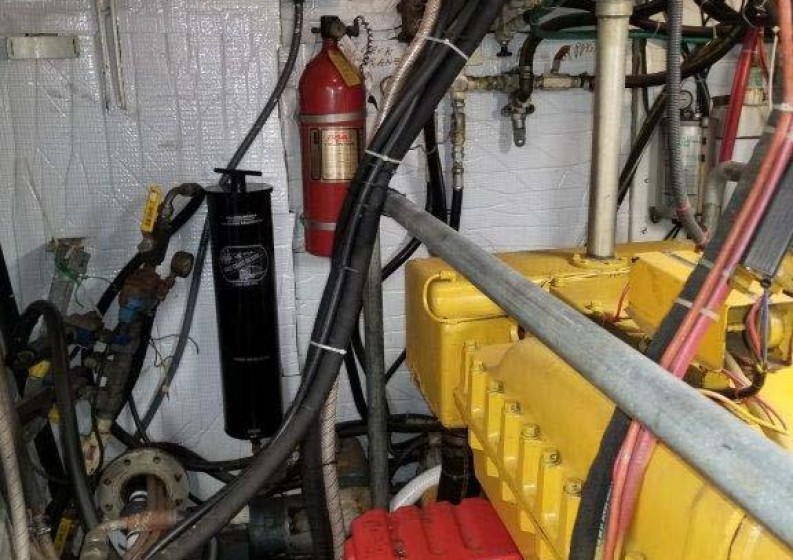 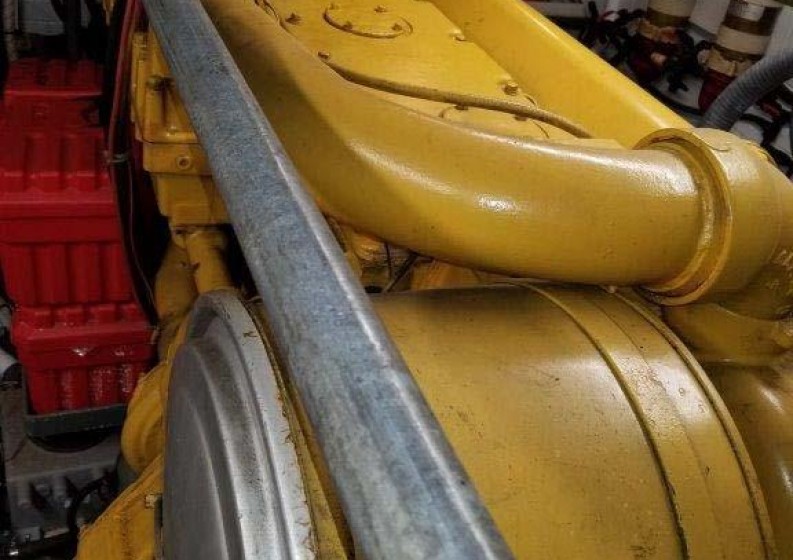 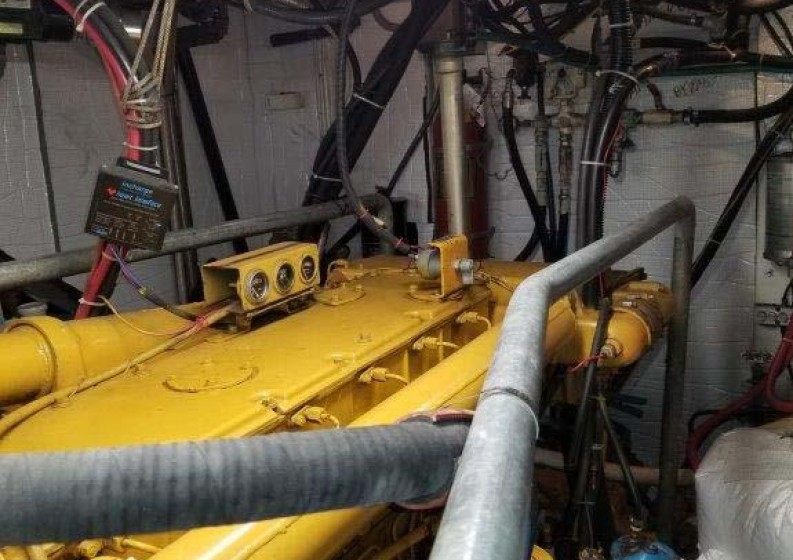 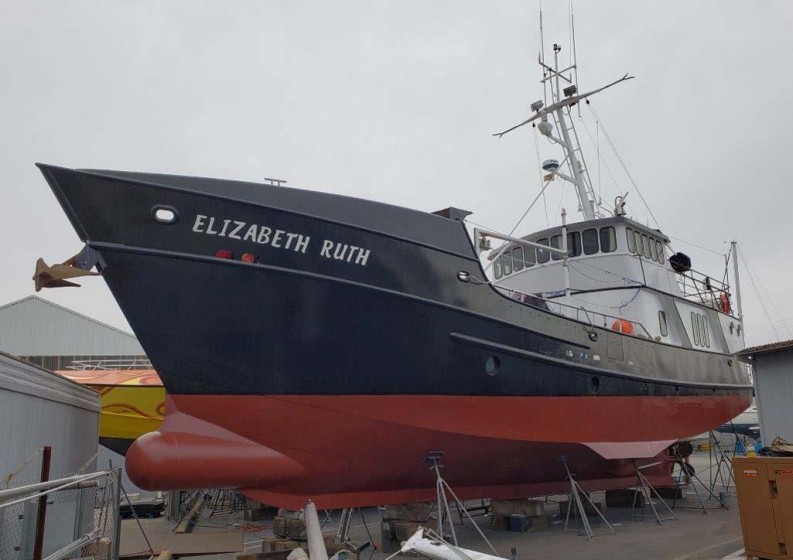 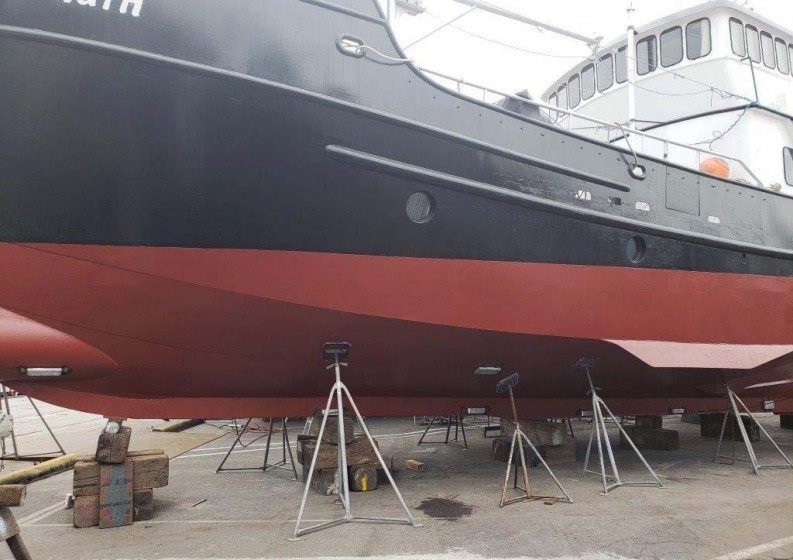 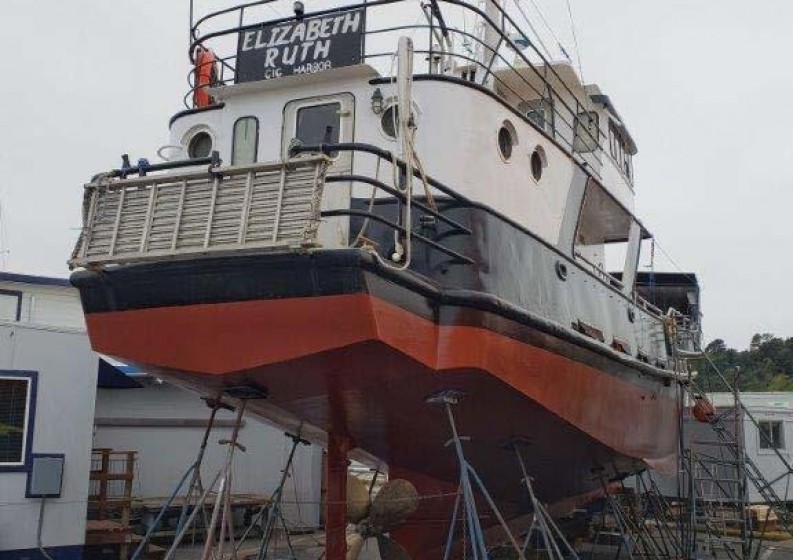 Denison Yachting is pleased to assist you in the purchase of this vessel. This boat is centrally listed by United Yacht Sales - Pacific Northwest, Canada and Great Lakes.

The "Elizabeth Ruth" is a beautiful 74’ fully equipped bluewater passagemaker ready to go anywhere. Built in 1991 at Robinson Shipyard as an Alaskan fishing tender, she was expertly converted in 2008 by her current owners to a stunning motor yacht. Masterfully crafted with exotic woods and beautiful touches throughout. Her well thought out design and features will keep you comfortable and safe on the longest journeys with her 8000-mile range… A world of adventure literally awaits you on the "Elizabeth Ruth"!

A recent 2020 survey is available to qualified buyers and with owner’s approval. Viewings by appointment only. Owner will respond to all offers.

The forward most space below deck is the master stateroom king sized pedestal berth on center with storage below and potable water tank below stateroom sole. To port side of stateroom is built-in cabinetry including hanging locker. Overhead is an escape hatch. Aft thru slider hatch is the main salon.

To port side of main salon is an enclosed head with sink/vanity, toilet, and walk-in shower. To starboard is a built-in lounging settee. Aft to port is an incline stairwell up to the main deck level. Aft of the salon is the engine room.

The engine room is fitted with main engine, port and starboard fuel tanks, batteries, pumps, inverter, power distribution panels, and marine sanitation device. At aft end of the end room is an auxiliary engine with generator, outboard are secondary port/starboard fuel tanks. Aft of the engine room is the lazarette with rudder shaft, steering assembly, and air compressor accumulator tank.

Forward on deck is the bow and foredeck with anchor winch and anchor shipped in hawse pipe. Aft is a raised focsle with forward stateroom. At the forward end of the stateroom is a storage area, aft are port and starboard bench lockers with a dining table on center. Aft are port and starboard single berths with storage below. Aft, on center, and up steps and through a watertight door is the well deck.

Forward on the well deck and to port is a swing arm davit. Aft to starboard is a shore tender stored on skiff chocks. Aft and past deck break to port and starboard are bulwark boarding gates. Aft and off center to starboard is a deck mounted knuckle crane and aft is the deck house. To starboard and outboard of house is a side deck with access aft to deckhouse through a watertight door.

Forward most in deck house and to port is the stairwell with access down to the main salon and inboard is a laundry station, aft through doorway and inboard is a vertical ladder with access up to the pilothouse. To starboard a small office area which doubles as a single berth positioned thwartship. Aft to port is an enclosed head with sink, toilet, and walk-in shower and to starboard and through doorway and to vertical ladder with access to the engine room. Aft and to port is the galley.

To starboard of the galley is built-in cabinetry with undercounter freezer and upright refrigerator. Aft to port is an L-shaped dining settee with table and to starboard are two built-in chairs. At the aft end of the deck house and through watertight door is the aft deck.

On the aft deck and to starboard is a shower station and aft is the stern with swim platform which raises and lowers into position.

To starboard and through watertight door is the boat deck. At the port forward side of the boat deck is a propane locker, aft is a rail mounted BBQ. Aft is EPIRB and survival craft. The perimeter is secured with safety railing. On center and up ladder to the top of the pilothouse and signal mast.

Engine hours are as of the date of the original listing and are a representation of what the listing broker is told by the owner and/or actual reading of the engine hour meters. The broker cannot guarantee the true hours. It is the responsibility of the purchaser and/or his agent to verify engine hours, warranties implied or otherwise and major overhauls as well as all other representations noted on the listing brochure.